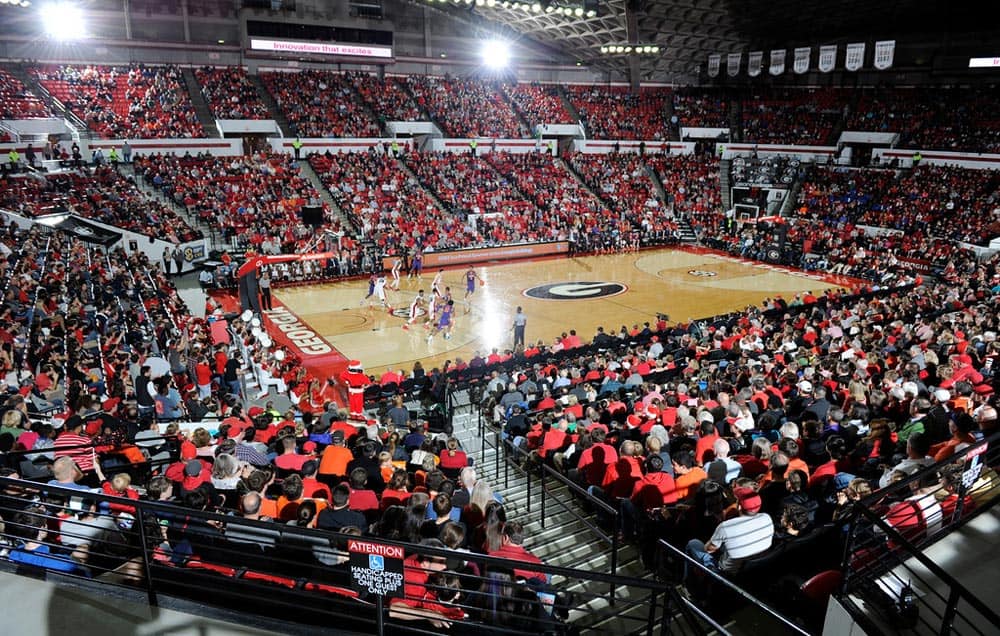 The Georgia Bulldogs will play in the 2017 Wooden Legacy basketball tournament, SicEmDawgs.com has learned via a copy of the contract obtained via an open records request.

Georgia will play in three games in Anaheim, California during Thanksgiving week — November 23, 24, and 26, 2017. The Bulldogs will also have an option to play a fourth “non-bracketed” game against one of the teams from the tournament in Athens or another predetermined site.

The Wooden Legacy tournament, which began in 2013, typically holds first and second round games at Cal State Fullerton’s Titan Gym and then holds the final rounds at the Honda Center in Anaheim. The event is organized by ESPN Regional Television (ERT) and sponsored by the Big West Conference.

Georgia will be only the second SEC team to compete in the Wooden Legacy. No SEC teams played in the tournament from 2013-15, but Texas A&M is slated to play in the 2016 tournament this November.

The Georgia Bulldogs didn’t play in a tournament this season, but are scheduled to participate in the 2016 CBE Classic next season in Kansas City, Missouri. Other teams slated for that tournament include Kansas, George Washington, and UAB.