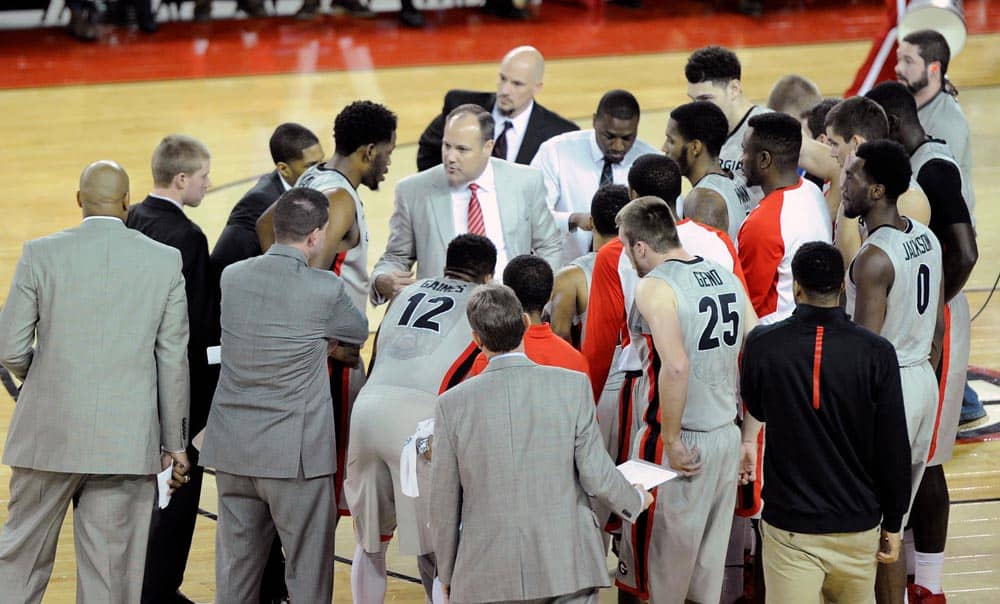 Georgia (11-6, 4-3 SEC) hits the road for a crucial two-game stretch, starting in Baton Rouge against LSU (12-7, 5-2 SEC). In order to put themselves back into the NCAA Tournament discussion, the Bulldogs need to split this road trip, according to bracketologists.

Georgia will look to make a statement on Saturday against nationally ranked Baylor, however the focus will need to remain on notching a quality conference win in a game that will present many challenges. In order to win this crucial matchup, they will need to contain freshman phenom and projected top overall NBA Draft pick Ben Simmons, among other keys. Let’s take a look at what Georgia must do to have success.

Attempts at the free throw line have been Georgia’s poison pill throughout the season, and as I’m sure Georgia fans don’t need a reminder, the last time the Bulldogs took the floor at the Pete Maravich Assembly Center. The struggles for Georgia were greatly evident in their last matchup against Arkansas, which was a near debacle due to lack of execution in this area of the game. The free throw struggles occurred throughout the roster, even JJ Frazier who shot 86% from the stripe coming into play. After the overtime victory on Saturday, Mark Fox said, “We feel fortunate to win the game even though we didn’t shoot free throws well.” Simply put, Fox understands how this team could improve if they can solidify their free throw shooting. In order for the Bulldogs to get in the postseason discussion, this area of their game must begin tonight.

The Tigers have a roster that is loaded with talent, in which would indicate their offense would have a great deal of balance. However, with the immense trust placed on star Ben Simmons (19.6 PPG, 12.6 RPG), the balance shown throughout the team is inconsistent. Simmons’ best complement is Craig Victor II (13.0 PPG, 6.5 RPG). Victor will see a great deal of time on the floor with Simmons, as they are the two biggest offensive threats.

The player who crushed Georgia’s hearts last season, Tim Quarterman (11.0 PPG, 4.7 RPG), now comes off of the bench for Jonny Jones’ squad. Quarterman is definitely a starting caliber guard, making him the biggest threat off the bench.  He will need to be a guy Georgia keys on when Simmons and crew are giving time to the reserves. With that said, LSU is one of the conference’s most inconsistent teams, which is something Georgia does not fare well with. Being a team in which they could all mesh at any given moment is something the Bulldogs should take caution to.

On paper, this game is expected to be an absolute thriller, and I don’t think it will be any different this time. The aura is quite strange, and I feel as if Georgia will begin to catch fire and fit the pieces together. Recently, Georgia has played well in Baton Rouge, and I think they’re up for the challenge. Containing Ben Simmons will be no easy task, as he is arguably the nation’s best player. However, Georgia will pull out everything they have in order to creep back into postseason discussion.

Georgia-LSU tips off at 9pm ET on ESPN.