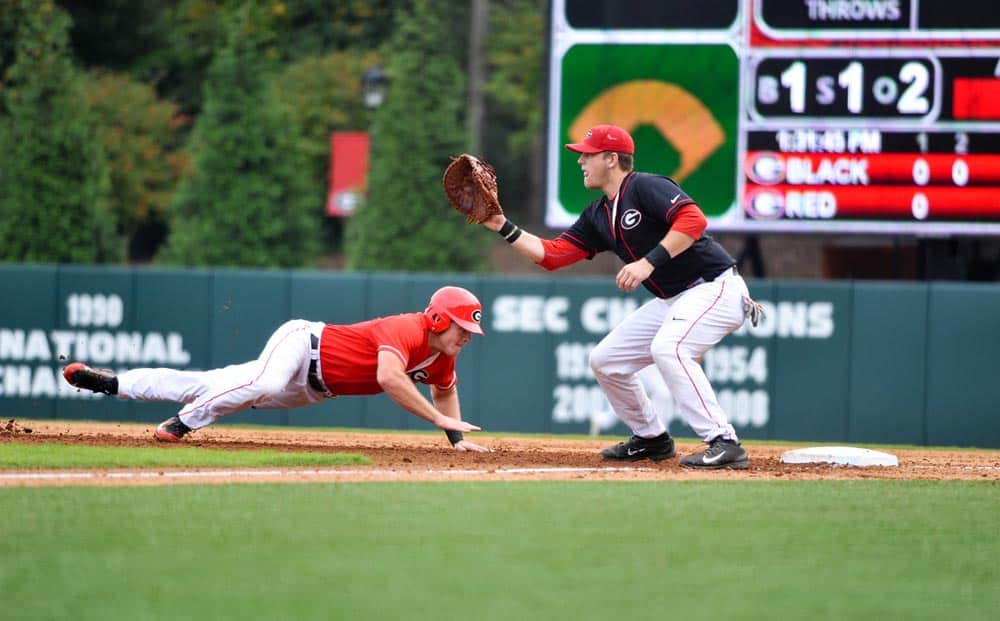 The 2016 television schedule for Georgia Bulldog baseball has been finalized after the Southeastern Conference announced its TV schedule Thursday.

Georgia will be featured 10 times across the ESPN/SEC networks as part of the 2016 SEC Baseball television package. Overall, 33 of Georgia’s 34 home games will be available to view on television or streamed online. Also, a vast majority of Georgia’s road conference games will be available on SEC Network +. All but one of the home games at Foley Field not televised will be digitally produced exclusively as SEC Network + events and available on the WatchESPN app, and on SECNetwork.com through participating providers. Fans must sign in with their credentials from their participating TV provider to access SEC Network +.

The 2016 SEC baseball television schedule steps up to bat with a four-hour Bases Loaded special on the opening night of conference play, Friday, March 18. The show features a live compilation of seven games – all 14 teams – taking place that evening across the southeast. Georgia will play host to Kentucky in its SEC opening series at 7 p.m. Also, every Bases Loaded game will be available in its entirety, streaming live via SEC Network +.

More than 90 SEC baseball games are scheduled to air on the ESPN networks, including 85 on the SEC Network. Coverage of the conference sport on national television has quadrupled since the SEC Network launched last year. This year’s schedule also includes five wildcard selections, allowing the network the opportunity to determine the best matchup at a later date. The schedule closes out with the SEC Network airing the entire SEC Baseball Tournament, outside of the Championship game on ESPN2.

All 56 regular season Bulldog games will be available on the Georgia Bulldog Sports Radio Network. All Georgia baseball games will be carried locally on WRFC 960 AM as it will serve as the primary home for all broadcasts. Fans can listen to every game online for free through the official website of the Bulldogs, georgiadogs.com or the new mobile app streaming service TuneIn.

Four of Georgia’s 10 SEC series this season will begin on a Thursday and conclude on a Saturday. The Bulldogs will play host to Alabama (March 31-April 2) and Tennessee (May 19-21) starting on a Thursday as well as road series with Miss. State (March 24-26) and Florida (April 21-23). The remaining six league series will be the traditional Friday-Sunday slate.

The college baseball season opens on Feb. 19, and the Bulldogs play host to Georgia Southern in a three-game series. Georgia returns to full squad workouts on Jan. 31.