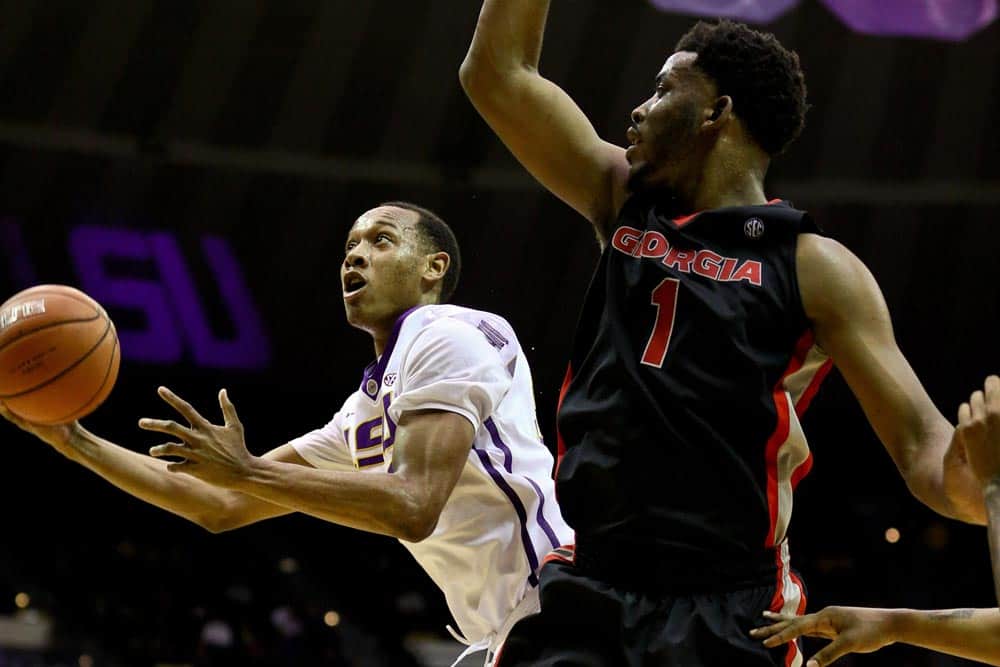 ATHENS, Ga. –The Georgia men’s basketball teams’ last-minute comeback attempt against LSU came up short as the Bulldogs fell to the Tigers, 89-85, Tuesday night at the Pete Maravich Assembly Center.

With the loss Georgia (11-7, 4-4) is now 44-64 all-time against LSU (13-7, 6-2). Despite the loss, the Bulldogs held the Tigers to 43.4-percent shooting on the game, more than three-percent lower than their season average. UGA has held 16 of its last 18 opponents below their season shooting percentage.

Georgia was led offensively by J.J. Frazier with 26 points followed by seniors Charles Mann and Kenny Gaines with 20 and 19 points, respectively.

“I was proud of our kids competitive spirit in the face of adversity,” head coach Mark Fox said. “I was proud of our players and I am proud to be their coach. To deal with all that and to have a chance to win says a lot. We don’t believe in moral victories, but I was proud of how these kids represented Georgia and how we fought.”

The Tigers grabbed an 18-9 lead early on, but the Bulldogs clamped down on the defensive end and brought the score to 18-15 with just under eight minutes to play in the first half. Gaines was a focal point of UGA’s offense in the first half scoring 13 points on 4-6 shooting. The senior hit a big three-point basket with 1:42 left in the half to bring the Bulldogs within two. Georgia had a chance to tie the score right before half, but J.J. Frazier’s shot attempt rimmed short and the Tigers took a 33-30 advantage heading into the break.

Georgia brought things within one point two minutes into the second half before tying the score at 39-39 after Yante Maten scored an and-one at the 16:49 mark. The Tigers responded with an 8-0 run of their own to take a 47-39 lead. Midway through the half Frazier scored a three-point play bringing the Tigers’ lead to two, but LSU again responded with a run to extend its lead. The Bulldogs trailed by nine points with 50 seconds remaining and nearly completed the comeback after Frazier scored five straight points in the final seconds, but Gaines couldn’t hit the Bulldogs’ final shot to send the game to overtime.

Georgia was hampered by foul trouble and poor free throw shooting for the majority of the second half. The Bulldogs shot 62.5-percent from the free-throw line in the game while the Tigers finished shooting 37 of 55 from the charity stripe in the contest.

The Bulldogs are one the road again on Saturday traveling to Waco, Texas to face the Baylor Bears in the Big 12/SEC Challenge. The game will be shown on ESPN2 at 6 p.m. ET.