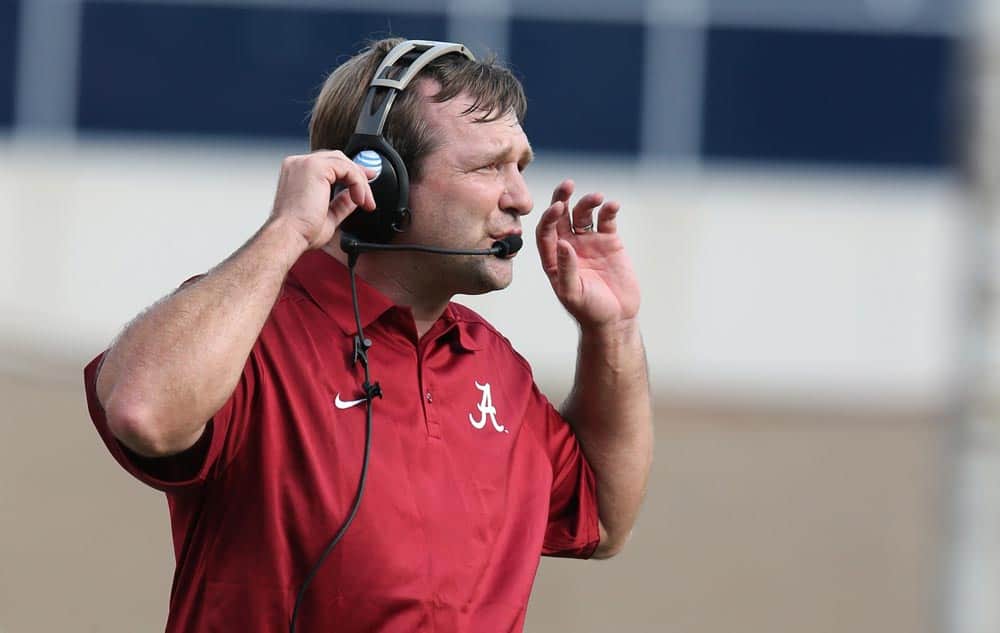 It seemed as if many recruits would lose interest in coming to Georgia after the departure of Mark Richt, and that Georgia’s recruiting success would take a few steps back.

However, this currently seems to be far from the truth. Earlier on Tuesday, a report was released that Georgia is set to hire Alabama defensive coordinator Kirby Smart as their new head coach. Smart excels in two areas: recruiting and defense.

That certainly got many Georgia recruiting targets excited, as they know what Smart brings to the table. They took their thoughts to social media, and here’s a look at what they had to say.

These numerous positive reactions indicates that Kirby Smart knows how to bring the right talent in, as many of these guys have become very excited about the news. This may be subject to change due to who Smart brings in as his coordinators and other assistants. For the time being, it looks as if Smart will not skip a beat from the trail set by Richt, and it could even be improved from where he left off.