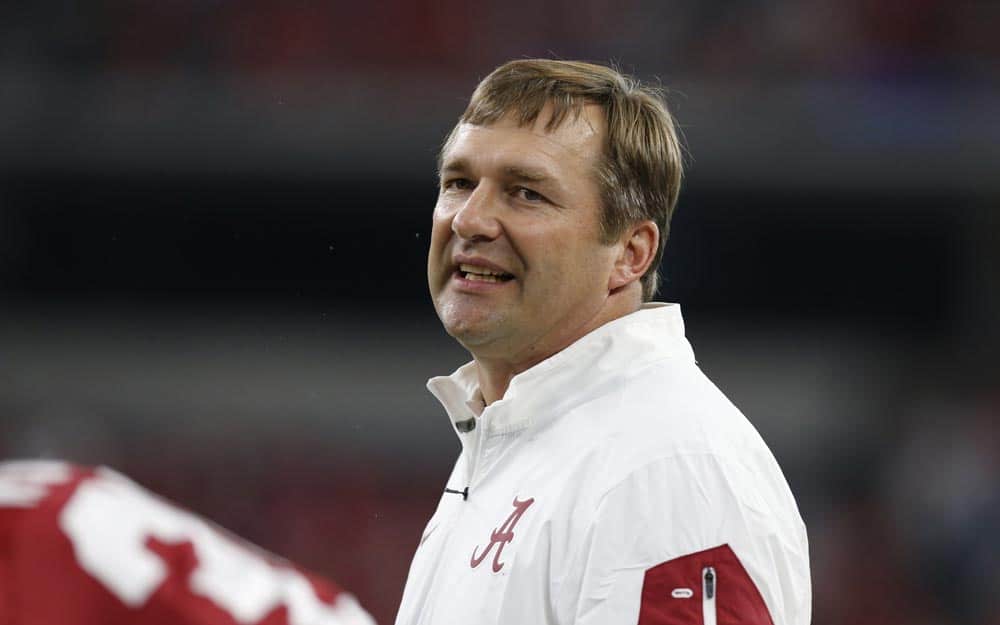 In a report by the AJC, a deal has been agreed upon for Alabama defensive coordinator Kirby Smart to become Georgia’s new head coach.

This comes after the firing of Mark Richt on Sunday. Smart seemed like the only viable option for Georgia, as athletic director Greg McGarity had to make a big time hire. Georgia simply had nowhere else to turn as other coaching positions were filled quickly.

Smart brings a defensive style to Georgia, and a great recruiting mind. This hire will improve Georgia’s recruiting classes year in and year out, as well as help develop that talent to full potential defensively.

It remains to be seen who Smart will bring along with him as assistant coaches. Many rumors have circulated of the fate of current defensive coordinator Jeremy Pruitt and others. Current Georgia players have made a stand for Pruitt to remain on staff, but that is primarily the decision of Kirby Smart. Pruitt was on staff under Smart and Alabama before beginning his tenures as defensive coordinator.

However, FootballScoop reports that Pruitt will not be retained and will be targeted by Nick Saban at Alabama.

Sources tell FootballScoop that Jeremy Pruitt will not be retained and is expected to be targeted by Alabama https://t.co/sNnVtycOD5

Sources told us that Smart hopes to bring Will Muschamp as his defensive coordinator but this is not final https://t.co/sNnVtycOD5

Kirby Smart played at UGA from 1995-98 and later coached running backs for the Bulldogs in 2005. He has been with Nick Saban since 2006 when Saban was the coach of the Miami Dolphins.

Smart has been the defensive coordinator at Alabama since 2008, winning the Broyles Award in 2009 and was named AFCA Assistant Coach of the Year in 2012.

We still await official word from Georgia Athletics on the hire. It isn’t expected to be announced until after Alabama’s matchup with Florida in the SEC Championship Game. We will keep you updated as progressions are made.