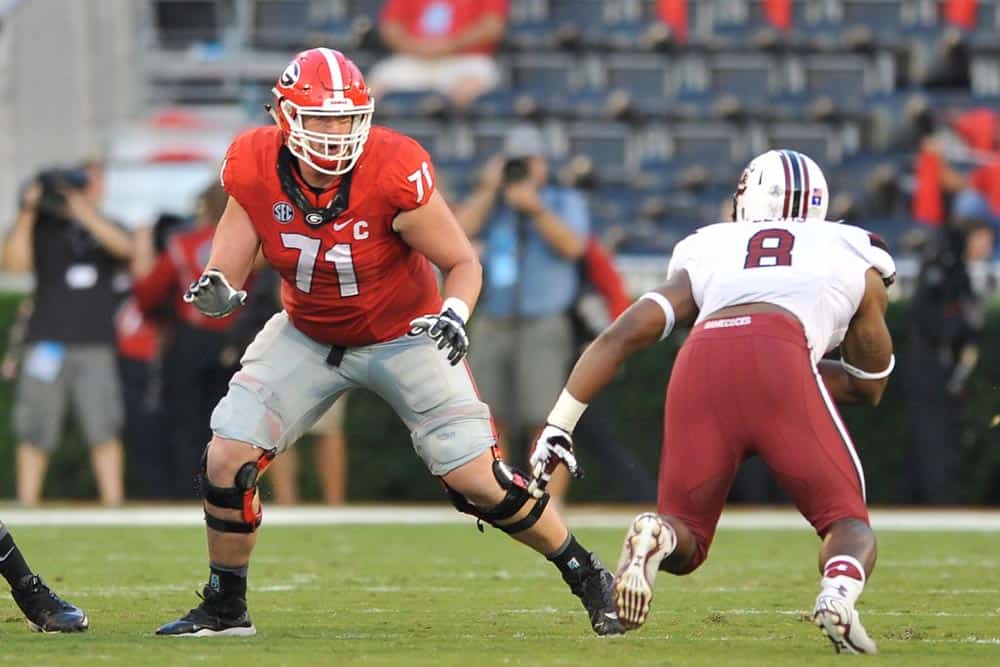 The UGA football team had three players on the All-SEC Coaches’ Football Teams, the conference announced on Tuesday.

Senior offensive tackle John Theus was named to the First Team Offense. Junior outside linebacker Leonard Floyd and sophomore defensive back Dominick Sanders were each named to the Second Team Defense.

Below is the full slate of All-SEC selections: