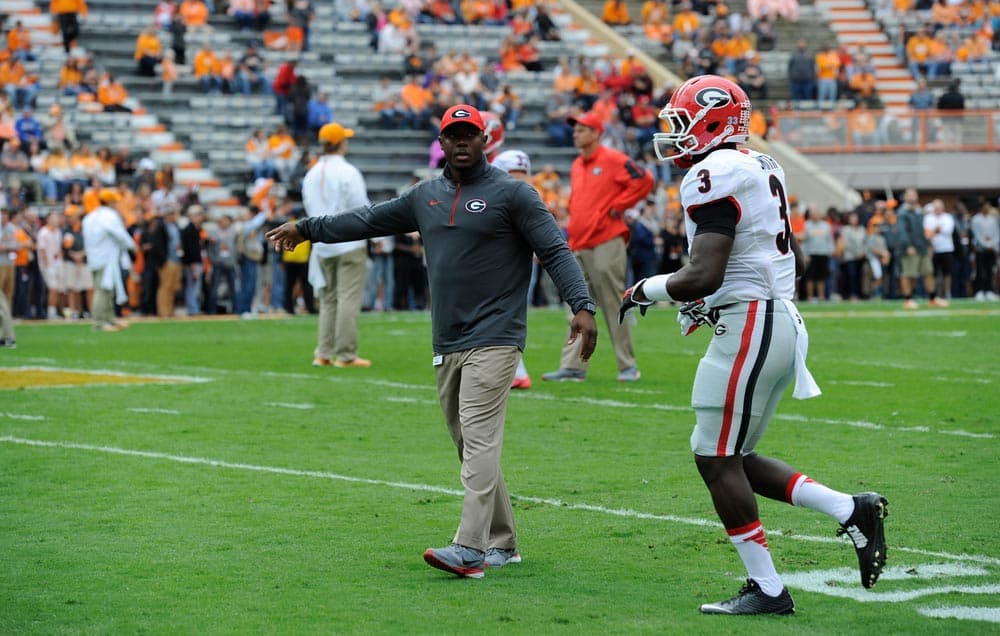 Current UGA running backs coach Thomas Brown will join Mark Richt’s staff at Miami, according to a report by DawgNation.

The move comes as a surprise to Bulldog nation, as Brown has been out recruiting and telling prospects that he was staying in Athens. He has been a great recruiter for UGA, and was instrumental in landing a commitment from 2016 running back Elijah Holyfield.

The status of two other UGA assistant coaches is still uncertain. Interim head coach Bryan McClendon, the wide receivers coach, may end up with Will Muschamp at South Carolina. A destination for tights ends coach John Lilly is unknown.