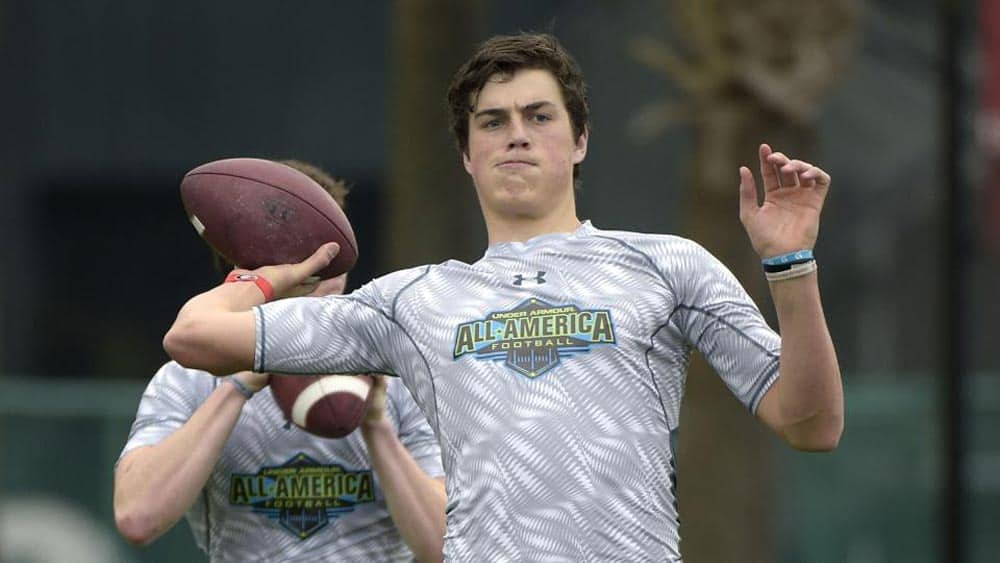 Update: Jacob Eason has reaffirmed his commitment and will sign with UGA!

Five-star quarterback Jacob Eason committed to the Georgia Bulldogs way back on July 19, 2014.  However, a lot has changed in Athens since then.

During the mass changes in the program, Jacob Eason has remained committed to the Bulldogs. However, he did take official visits to Florida and Washington.

On Georgia’s end, Kirby Smart flew up to Washington to meet with him shortly after he was hired, and then Eason and his father visited Athens this weekend.

“I think [Eason’s] visit went great this weekend,” Smart said in a teleconference call Monday. “I would certainly like to think it did. I feel like [Georgia’s] a good place for him.”

We’ll find out if Georgia is the right place later this afternoon or this evening, because Eason announced he will make his decision at that time.

I would like to thank everyone who has helped me in this process, I will be announcing the university that I will be attending tomorrow 🙏🏻

It would be a blow to Bulldog nation if Jacob Eason were to choose any other school than UGA. He’s been committed for over a year, is friends with and in constant contact with other recruits that are committed to or considering the Bulldogs, and he has an opportunity for playing time and even to start as a true freshman.

In the end, hopefully those factors result in Jacob Eason staying committed to the G. We’ll find out tonight.