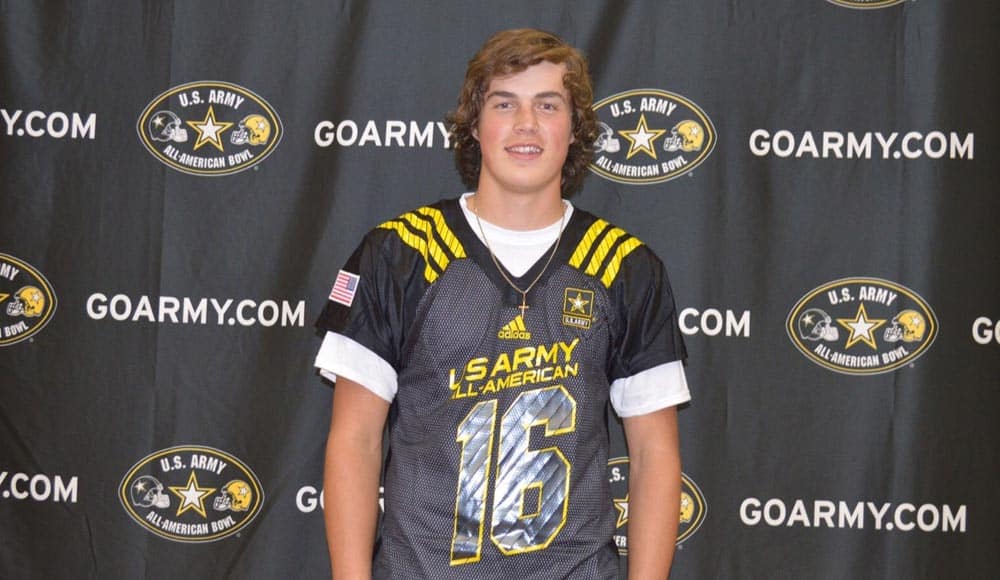 Five-star quarterback Jacob Eason of Lake Stevens, Washington has reaffirmed his commitment and will sign with the Georgia Bulldogs.

Enter new head coach Kirby Smart, who flew to see Eason immediately after being introduced as the new head coach of the Georgia Bulldogs. Eason also visited Athens over the weekend and it “went well” according to several reports.

Jacob Eason will enroll at the University of Georgia in January and will compete in Spring practice. He will fight for playing time, and possibly the starting spot, with returning quarterbacks Greyson Lambert and Brice Ramsey. The Dawgs also have Sam Vaughn and Nick Robinson on the roster.

In his senior season at Lake Stevens in Washington, Eason completed 235-of-338 passes for 3,587 yards and 43 touchdowns and only six interceptions.

In the 247Sports Composite, Eason is listed as a five-star recruit, the No. 1 Pro-Style quarterback, and the No. 4 overall recruit in 2016.