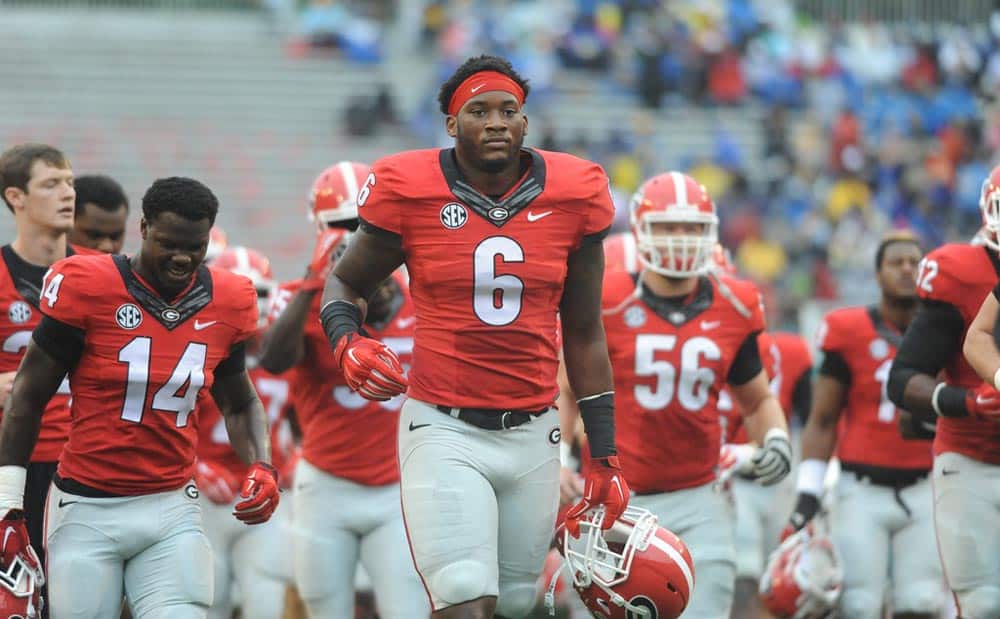 UGA confirmed the arrests in an official release and stated that Patrick and Rivers are both suspended for the Kentucky game this weekend.

“They made a very poor decision and I’m extremely disappointed,” said UGA head coach Mark Richt. “They will be disciplined in an appropriate manner and hopefully have learned a valuable life lesson that will benefit them moving forward.”

Natrez Deshun Patrick, DOB 1997, was arrested by the UGA Police Department and booked into the Athens-Clarke County Jail at 2:23am ET. He was released at 6:19am ET after posting a $1,000 bond.

Chauncey Rivers, DOB 1997, was arrested by the UGA Police Department and booked into the Athens-Clarke County Jail at 2:44am ET. He was released at 6:51am ET, also after posting a $1,000 bond.

University of Georgia Athletic policy for a failed drug test is a one-game suspension. However, since both Natrez Patrick and Chauncey Rivers were arrested and jailed, they could be facing a longer suspension.

Natrez Patrick, a 6-foot-3, 248-pound linebacker from Atlanta, Georgia, has played in seven games this season. He has recorded 13 total tackles (5 solo, 8 assisted) and one half tackle for loss. Patrick did not make the trip to Jacksonville this past weekend.

Chauncey Rivers, a 6-foot-3, 272-pound defensive end from Stone Mountain, Georgia, has played in two games and has recorded one solo tackle and one tackle for loss.

The arrests this morning of Patrick and Rivers are the first for a UGA football player since linebacker Davin Bellamy was arrested for DUI and speeding on July 26, 2014.