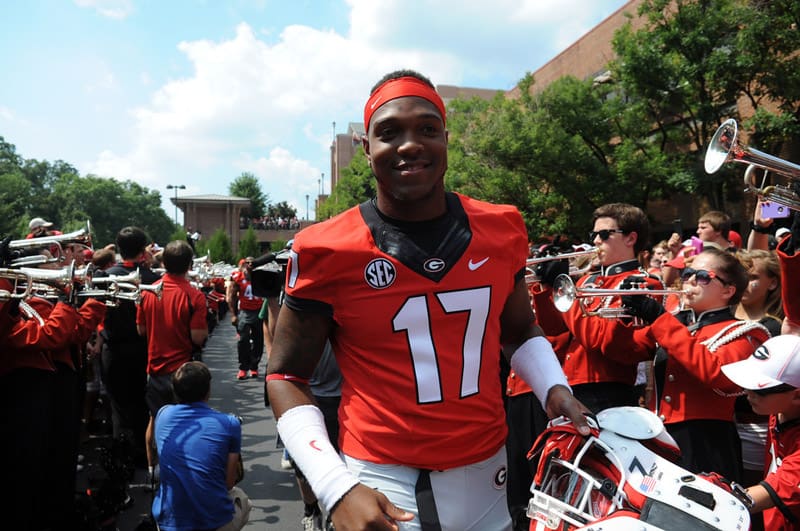 UGA linebacker Davin Bellamy was arrested early Saturday morning in Athens and charged with driving under the influence (DUI) and speeding.

The Athens Banner-Herald’s Marc Weiszer first reported the latest off-season arrest for the Bulldogs this morning.

According to the Athens-Clarke County Sheriff’s log, Davin Jamaurie Bellamy, born in 1994, was arrested at 5:02am ET and was released at 6:22am after posting a $2,000 bond.

This is the first arrest for Bellamy, and it will come with a suspension of 20% of the season per UGA Athletic Department rules. That means Bellamy will likely miss the Clemson and South Carolina games.

Bellamy, the seventh Bulldog arrested this off-season, apologized in a tweet just after 11am today:

Would like to apologize to #dawgnation for my immaturity. I have embarrassed myself, my family, & my brothers. I will gain your trust back

Bellamy (6-5, 235) signed with Georgia in February 2013 out of Chamblee High School. He is currently listed as the backup to Jordan Jenkins on the depth chart.

Earlier this week, UGA defensive lineman Jonathan Taylor was arrested for aggravated assault/domestic violence. He was dismissed from the team on Wednesday.