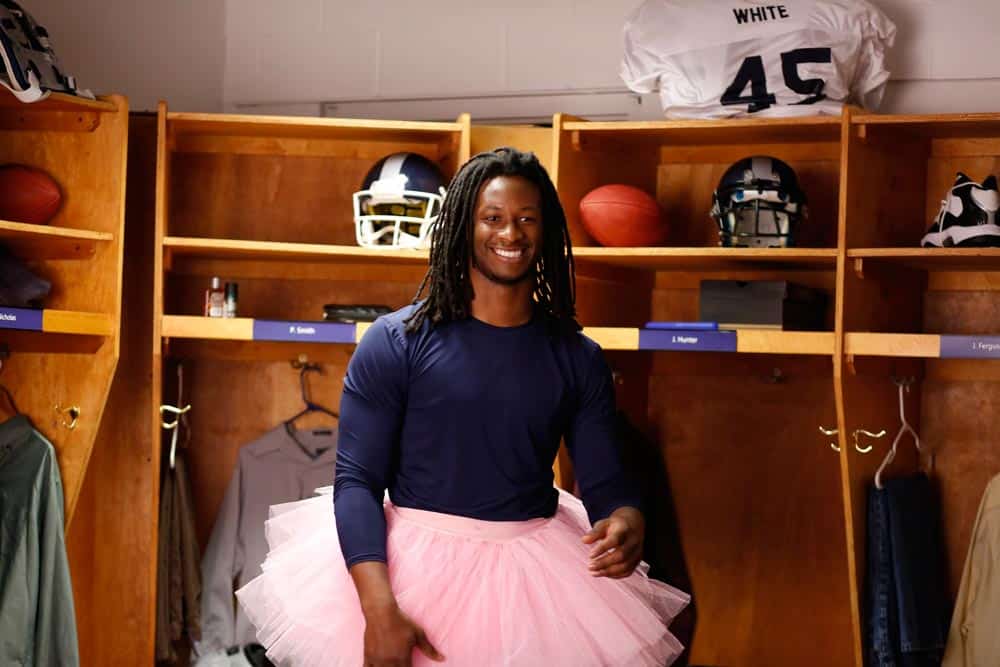 Former UGA running back Todd Gurley wears a tutu in an upcoming Jolly Ranchers TV commercial. The ad is set to run nationally during Sunday’s slate of NFL games.

The “Being a Rookie ‘Sucks'” commercial, which you can get a sneak peak at below, is part of a new Jolly Ranchers campaign to “Keep on Sucking.” It’s also the first TV commercial and brand campaign for the former Georgia Bulldogs star.

“I’ve always loved Jolly Ranchers. I’m a laid back guy and I roll with all the punches. This work that Jolly Rancher is doing is rolling with the punches. Stuff can suck sometimes, but it’s all about your attitude.  Take it with a smile, have a Jolly Rancher and get through it. I mean heck, I’m probably going to be singing for my teammates this weekend. And you know what, it’s totally cool.  Keep on Sucking.”

Gurley tweeted about his love for Jolly Ranchers earlier this year, and now he has an endorsement with them.