Jacob Eason tweets about being "suited up in red and black"

Jacob Eason tweets about being “suited up in red and black” 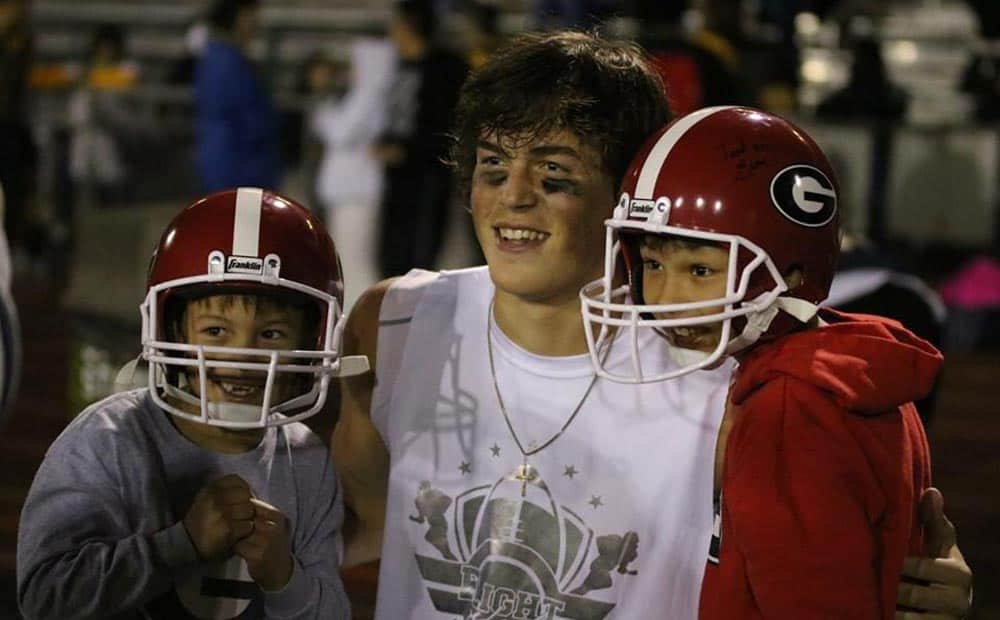 Eason (6-5, 205) has been committed to the Georgia Bulldogs since the Summer of 2014. But after losses to Alabama and Florida, questions began to surface about the future of Mark Richt in Athens.

Jacob Eason is on record as stating he committed to the Bulldogs to play for Mark Richt. Even after Mike Bobo left for Colorado State and Brian Schottenheimer was hired, Eason stood by Richt’s side.

After Georgia won on the road at Auburn, Mark Richt made a surprise trip to Washington to visit Jacob Eason at his residence. Richt personally woke Eason up and then they enjoyed breakfast together.

Surprise visit and breakfast with @MarkRicht this Morning #GoDawgs pic.twitter.com/r1hwM88lD6

Eason has signed a financial aid agreement with the University of Georgia, so Mark Richt is able to visit and talk to Jacob as much as he wants. Richt even tweeted a picture of himself and Jacob on his own Twitter account.

Having breakfast in Snohomish Washington in Jakes Cafe with Jacob and Tony Eason. Go Dawgs! pic.twitter.com/II6JFCkmYB

On Monday, Richt talked about Jacob Eason on his weekly call-in-show.

“He’s somebody that’s going to come in and compete to play,” Richt said. “He may provide a spark, I don’t know.”

As a senior, Jacob Eason has passed for 1,620 yards, 11 touchdowns, and two interceptions.

Eason plans to enroll at UGA in January and will participate in Spring practice. He will compete against returning quarterbacks Greyson Lambert, Brice Ramsey, Nick Robinson, and Sam Vaughn.

Georgia fans will get their first chance to see Jacob Eason in action during the G-Day game, which is set for Saturday, April 16, 2016.