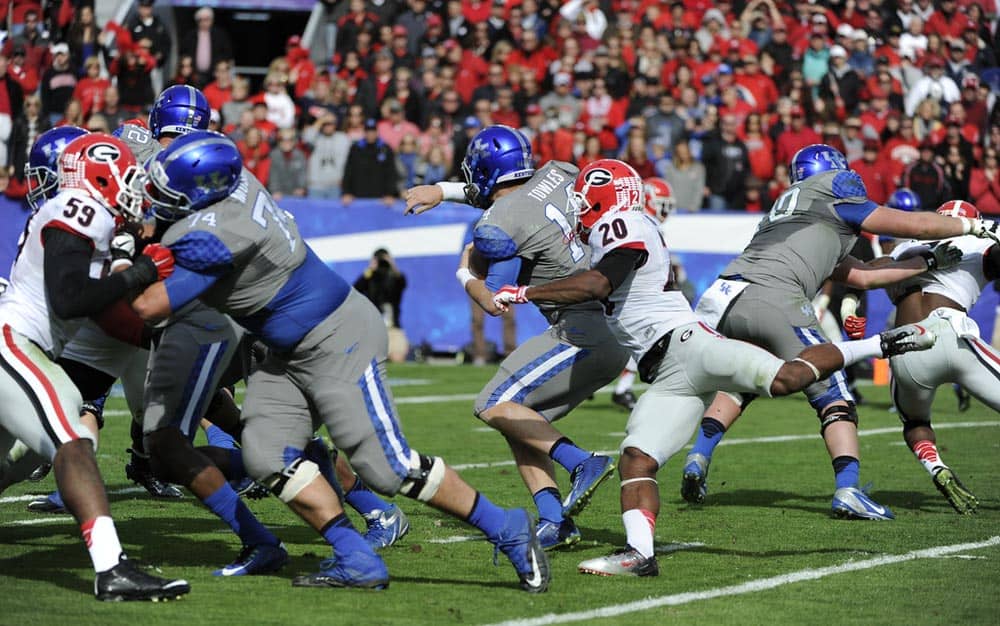 ATHENS, Ga. – The Georgia Bulldogs conducted a 90-minute practice during intermittent showers Monday as they begin to prepare for the Kentucky Wildcats.

“We got it in today, and it was a good start,” Georgia coach Mark Richt said after the workout on the Woodruff Practice Fields.

Richt announced the captains for the Kentucky game, and they will be seniors Malcolm Mitchell (offense), Jake Ganus (defense), James DeLoach (defense) and Sterling Bailey (special teams). In the all-time series with Kentucky, Georgia holds a 54-12-2 edge in the series and owns a current five-game winning streak.

The Bulldogs (5-3, 3-3 SEC) play host to the Wildcats (4-4, 2-4 SEC) Saturday in Sanford Stadium, and the game will kick off at 12:01 p.m. The SEC Network will televise the contest, and the broadcast team will feature Dave Neal (play-by-play), Matt Stinchcomb (analyst) and Kayce Smith (sidelines).

In other news on Monday, it was announced that the Saturday, Nov. 14 road game between Georgia and Auburn will kick off at noon ET and be televised by CBS as part of a doubleheader. The 3:30 p.m. game on CBS on Nov. 14 will be either Alabama-Miss. State or Arkansas-LSU and that will be determined after the games on Nov. 7.