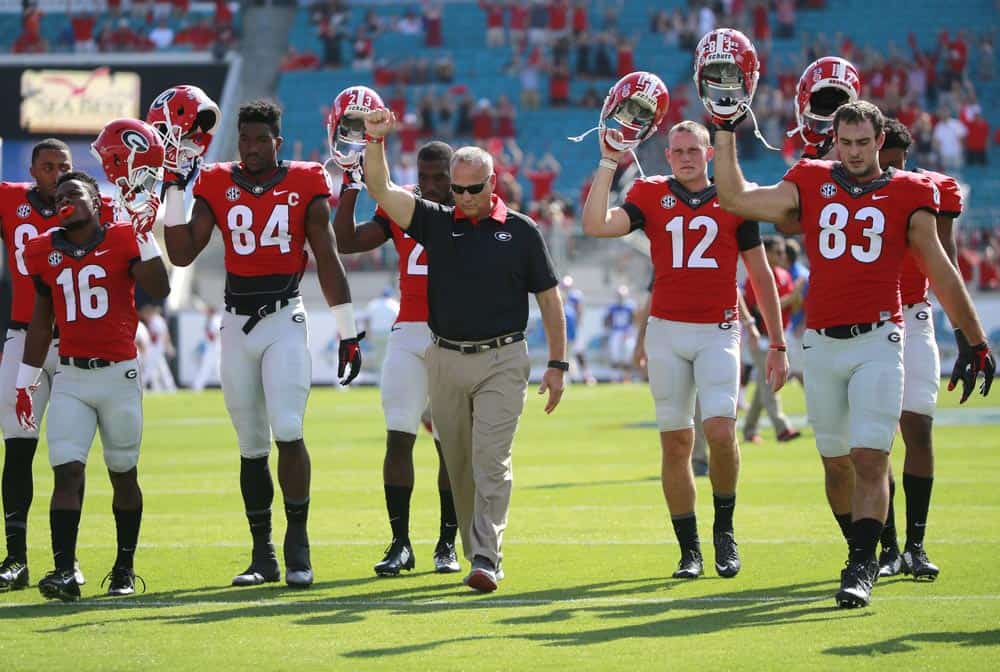 ATHENS, Ga. – The Georgia Bulldogs worked out for over two hours Tuesday afternoon in preparation for their SEC matchup this Saturday at home against Kentucky.

Though Georgia has won five straight against Kentucky and leads the series by a 54-12-2 count, the Bulldogs know they’ll have their hands full on Saturday. The Wildcat offense poses a number of challenges for Georgia defenders. ”As a defense there’s always going to be a huge responsibility to stop the other team from scoring,” said senior tackle Sterling Bailey. ”Our goals are just being able to stop the run and to chase the ball. Kentucky is really explosive. They can make plays. They have a good receiving corps, a really good quarterback and we just have to be able to get after them all.”

For all of Georgia’s seniors, just a few games remain in their final seasons. Despite their main goal of an SEC Championship game now off the table, aspirations are still high.

”It’s tough, it’s disappointing having a second chance (to make) the SEC Championship and losing it,” said linebacker Jake Ganus. ”But as a man, as a football player, in this case life goes on. We’ve got four more weeks of the regular season and then a bowl game. All of us seniors, we want to go out on the highest note possible, win the rest of our games and go to a good bowl. This is a tough situation, but we can handle it and we can show everyone how we fight and how we deal with adversity.”

Kickoff on Saturday is at 12:00 p.m. (EDT), with Dave Neal, Matt Stinchcomb and Kayce Smith broadcasting the game for the SEC Network.