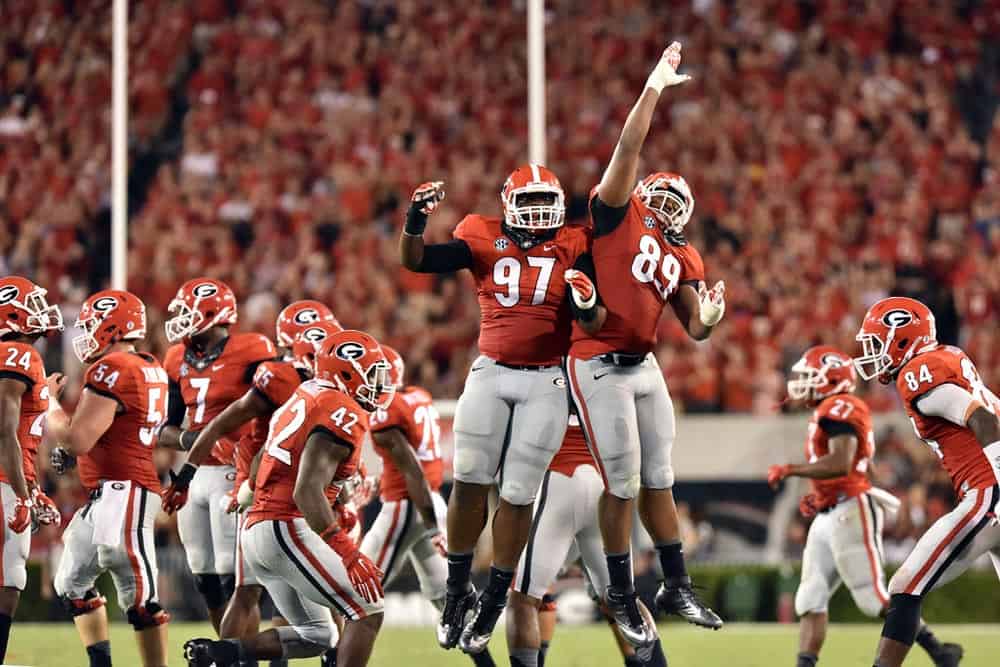 Today, the 8th-ranked Georgia Bulldogs host the 13th-ranked Alabama Crimson Tide at Sanford Stadium in Athens. The game will be televised by CBS at 3:30pm ET.

Alabama comes in to the game needing a win to stay in the SEC West race after falling to Ole Miss earlier this season. A Georgia win would keep them at the top of the SEC East standings.

UGA and Alabama last met in the 2012 SEC Championship game, and we all remember how that one ended. The last time these two teams met in the regular-season was the Blackout game of 2008.

Georgia and Alabama first met in 1895 and have played a total of 66 times. The Crimson Tide lead the overall series 37-25-4.

With a win today, head coach Mark Richt would move one game ahead of Wally Butts with 141 victories at UGA. That would make Richt second behind only Vince Dooley.

Nick Chubb has rushed for 100+ yards in 12 straight games. If he can pick up 100+ against Alabama, he would tie Herschel Walker’s record.