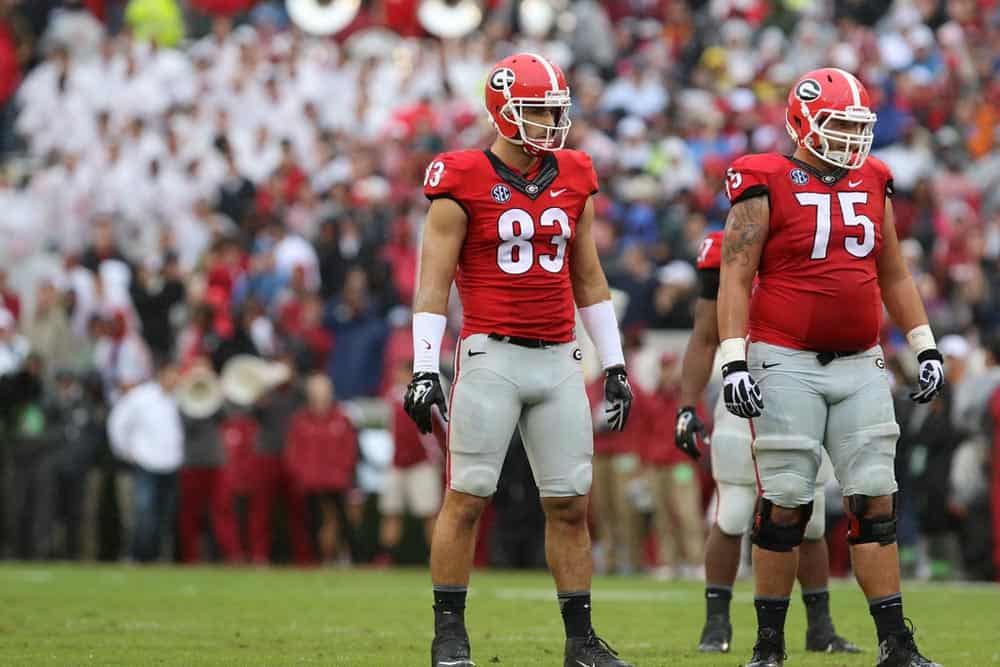 ATHENS, Ga. – The Georgia Bulldogs worked out for over two hours Wednesday afternoon in preparation for their SEC matchup this Saturday at Tennessee.

”I thought we had a good day. It was warm and sunny, certainly not what they’ve gotten used to the past couple of weeks,” said head coach Mark Richt. ”I think it tested them and I was pleased with their effort and the way they fought through it.”

The series between these two programs is knotted at 21 wins apiece, with two ties. Though Georgia has won the past five meetings, the past four were one-possession margins, including each of the past two that were 3-point Bulldog victories.

Part of preparations for any road game in a big venue includes the playing of crowd noise over a loudspeaker system at practice. The Bulldogs have added that feature to their past two practices in anticipation of a crowd on Saturday that will exceed 100,000 spectators.

”We’ve played the fight song and the normal crowd noises,” Richt said. ”It’s probably not as loud as they’ll make it on Saturday but hopefully loud enough to help us prepare. I’ve said this for years, but it’s the level of loudness that keeps you from being able to hear the snap. Once you reach that certain level of noise, it doesn’t matter how much louder it gets. We go into a lot of venues where it’s too loud to use our normal mode of communication. Anytime you have to switch to non-verbal (communication), it’s loud.

”I think it (communication) is the biggest challenge that you have on offense on the road. When you snap the ball, is everybody getting off on the cadence? That’s one of the biggest reasons that home field advantage is so crucial.”

Kickoff on Saturday is at 3:39 p.m. (EDT), with Verne Lundquist, Gary Danielson and Allie LaForce broadcasting the game for CBS Sports.