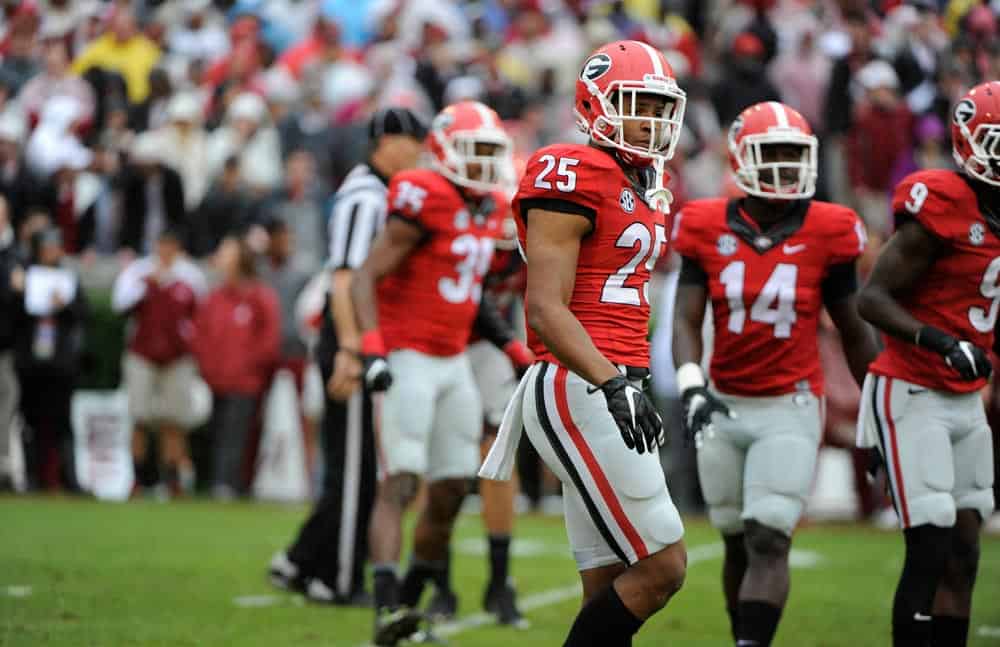 ATHENS, Ga. – The Georgia football team held its final practice of the week Thursday afternoon, working out for approximately two hours in full pads at the Woodruff Practice Fields.

The Bulldogs also hosted a group of representatives from Extra Special People for a meet and greet following practice.

“We had a visit from ESP, and they visit us at least once a year,” head coach Mark Richt said. “It was a perfect day. They provided crowd noise for our one-minute drill. It was a pretty neat way to finish this open date practice. We had a pretty good day. We got after it pretty good and I think we improved.”

“The last couple of days we’ve been studying film and started to implement the game plan,” Richt said. “We’re ahead of the game and Sunday we’ll be a little further along. Plus next week won’t have to be devoted to the game prior. It’s pretty typical how we’re going about (the bye week).”

Georgia enters the open date coming off a 9-6 victory over Missouri last Saturday. The Bulldogs play three consecutive SEC contests to close the conference slate beginning with Florida next week.

Richt also noted after practice that the Georgia team will depart Athens for the game on Thursday, Oct. 29. UGA will observe fall break on Oct. 30. Kickoff between the Bulldogs and Gators is slated for 3:30 p.m. at EverBank Field.