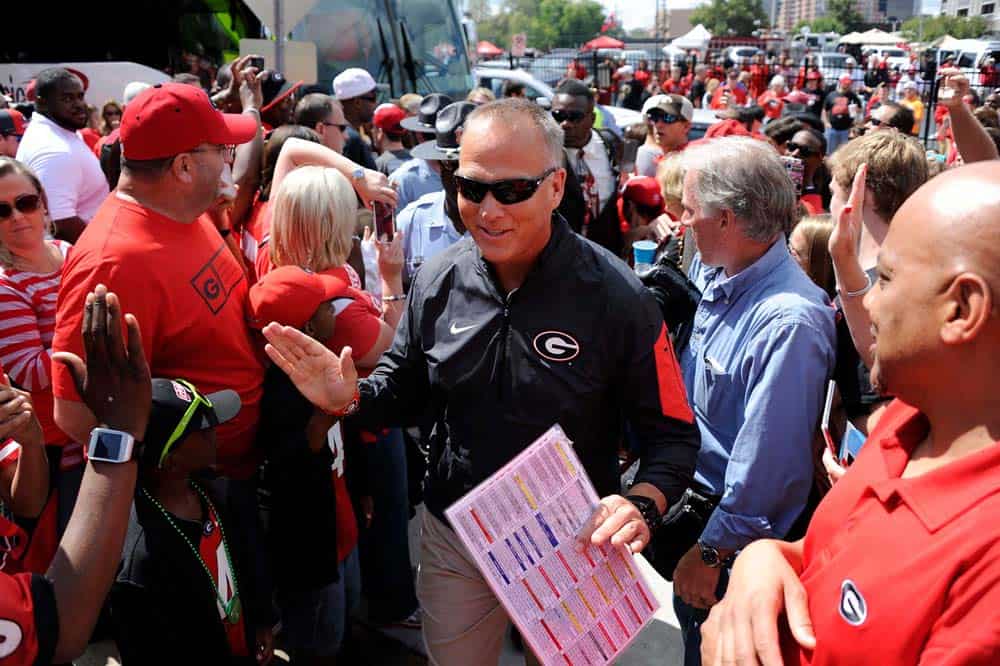 ATHENS, Ga. – The seventh-ranked Georgia football team began preparations for its third game of the season on Monday with a 60-minute workout in shorts on the Woodruff Practice Fields.

“Not a bad day at all,” Georgia head coach Mark Richt said. “We did a good job with our execution and I was happy to see that. We’ve got to get better every day with our practices. That’s the challenge – to get better each and every day.”

Richt announced the captains for the South Carolina game will be offensive tackle John Theus, tailback Nick Chubb, defensive lineman Chris Mayes and linebacker Jordan Jenkins. Theus and Jenkins were captains in each of the first two games as well.

• Jenkins and return specialist Isaiah McKenzie earned SEC weekly honors on Monday for their efforts in the Bulldogs’ win over Vanderbilt. Jenkins was pegged as the SEC Defensive Lineman of the Week after recording a career-high and game-high 11 tackles, including two sacks and 5.5 tackles for loss. McKenzie was picked as the SEC Special Teams Player of the Week after returning a punt a career-long 77 yards for a touchdown.

• It was announced on Monday that the Bulldogs’ Sept. 26 game with Southern University at Sanford Stadium will kick off at noon and will be televised by the SEC Network. This will mark Georgia’s second appearance on the SEC Network this  year as the Bulldogs defeated ULM in the season opener.

• Georgia and the rest of the SEC will help raise awareness and honor former commissioner Mike Slive, who battled the disease during his athletics administration career, with Prostate Cancer Awareness Games this month. On Saturday, Georgia’s players will wear a commemorative helmet sticker. In addition, video board announcements, game program stories, public service announcements and social media outreach are planned.

• September is National Childhood Cancer Awareness Month. To commemorate the “Blow the Whistle on Kids Cancer!” campaign, Georgia’s coaches will be wearing lanyards with gold whistles and wristbands and the players will be wearing wristbands and helmet stickers on Saturday. A donation will be made to Children’s Healthcare of Atlanta. For more information, visit CuringKidsCancer.com.