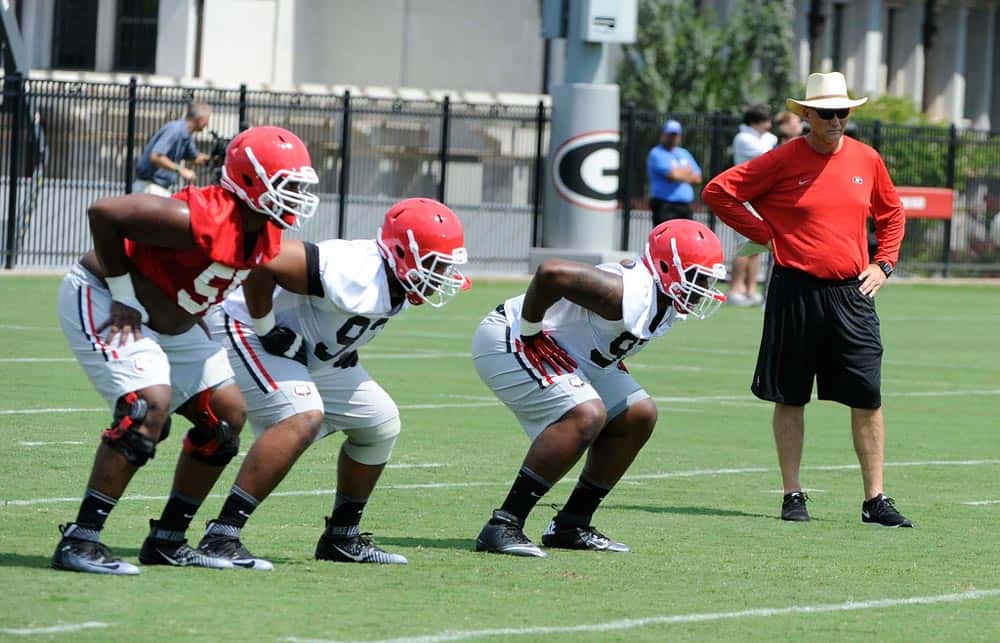 Sports Illustrated has released their 2015 Preseason Top 25 Poll, and the Georgia Bulldogs are ranked 11th.

Here is what they had to say about the 2015 Bulldogs:

Georgia coach Mark Richt hasn’t won an SEC title since 2005, and in his 15th season in Athens he will have to integrate a new offensive coordinator and overcome uncertainty at quarterback. At least he has Nick Chubb. As a true freshman last season the 5′ 10″, 220-pound Chubb rushed for 1,547 yards and 14 touchdowns in place of the injured Todd Gurley; he’s now the focal point of a backfield that includes a healthy Keith Marshall and Sony Michel.

SI ranks their Top 5 as Ohio State, Auburn, TCU, Notre Dame, and Alabama. Yes, you read that correctly. SI has Notre Dame 4th in the country.

Georgia is ranked 9th in the Coaches Poll that was released last week. The AP Poll will be released on Sunday, Aug. 23.