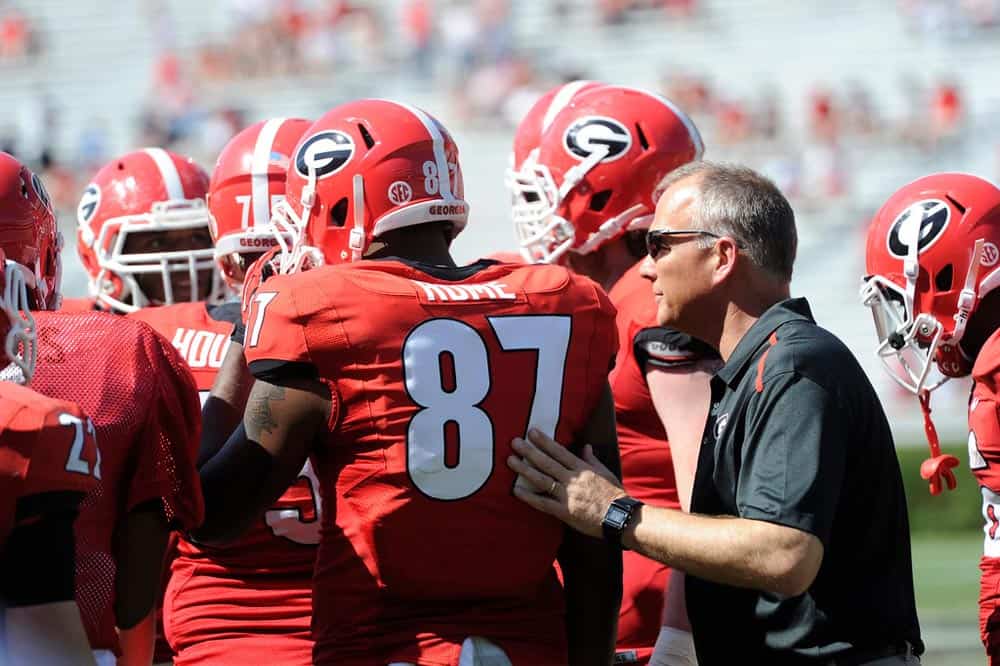 Five of Georgia’s 2015 opponents are ranked in the preseason poll. Alabama is 3rd, Auburn is 7th, Georgia Tech is 17th, Missouri is 23rd, and Tennessee is 25th.

The SEC leads all conferences with eight teams in the Top 25 poll, including three in the Top 10. The Pac-12 is second with six teams, followed by the ACC, Big 12 and Big Ten with three each, the Mountain West with one, and Independents (Notre Dame) with one.