QB Greyson Lambert to start vs. ULM on Saturday

QB Greyson Lambert to start vs. ULM on Saturday 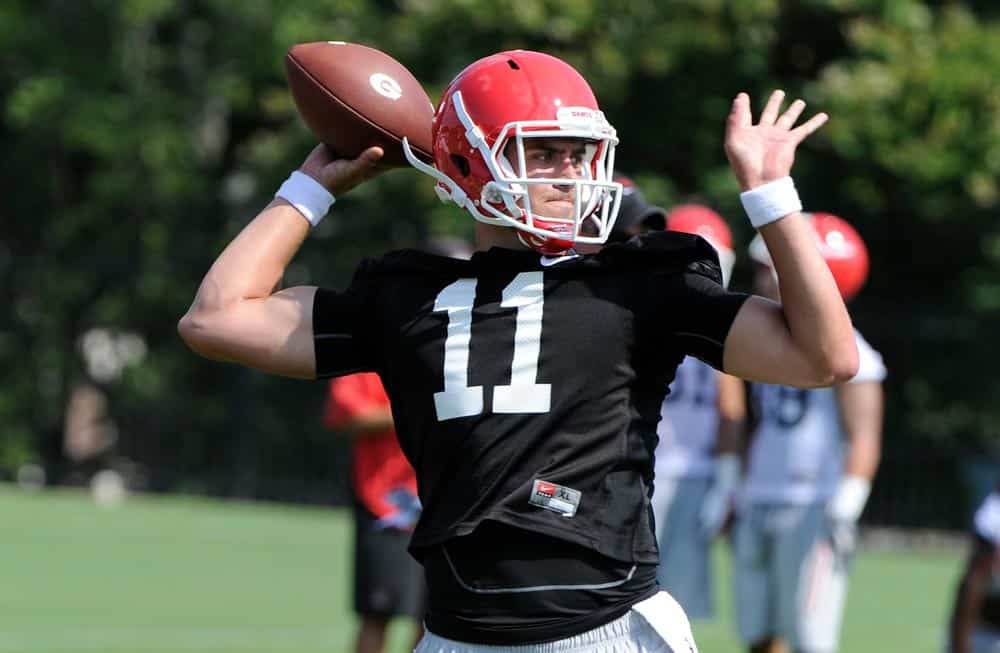 The competition was close but your starting QB for the @FootballUGA game vs. ULM will be Greyson Lambert! pic.twitter.com/WQlmQBUJYW

Lambert (6-5, 220) joined the Bulldogs this Summer after graduating from the University of Virginia. He played two seasons for the Cavaliers and started nine games. Lambert completed 154 of 261 passes for 1,632 yards with 10 touchdowns and 11 interceptions, but also missed three games due to an ankle injury.

Georgia opens the 2015 season on Saturday vs. ULM. The game is set for a noon kickoff on the SEC Network.

Below are is more info from the UGA release, including quotes from head coach Mark Richt and offensive coordinator Brian Schottenheimer:

“Lambert is going to start the game,” Richt said. “There may be others that get in the game, but he’s the starter. It’s been a very, very close competition and it’s still being contested. But at this point, we felt it was wise to name the starter and get him the reps with the No. 1 unit.”

Richt said he continues to have faith in all three quarterbacks.

Asked what separated Lambert from the pack, Richt responded, “It was just a cumulative grade so to speak, a cumulative performance.”

“Coach Schottenheimer and I were pretty sure on Saturday. This morning, we talked about it one last time,” Richt said.

Richt said this decision was one of the toughest, personnel-wise, of his career.

“It really has been,” Richt said. “It’s a big deal because it’s a big position, and it’s one where normally you don’t roll guys in and out. Every other position you do that, but quarterbacks tend not to do that. It was a tough decision because they’re all extremely hard workers, they’re smart and they’re talented. They’ve all done well in our opinion.”