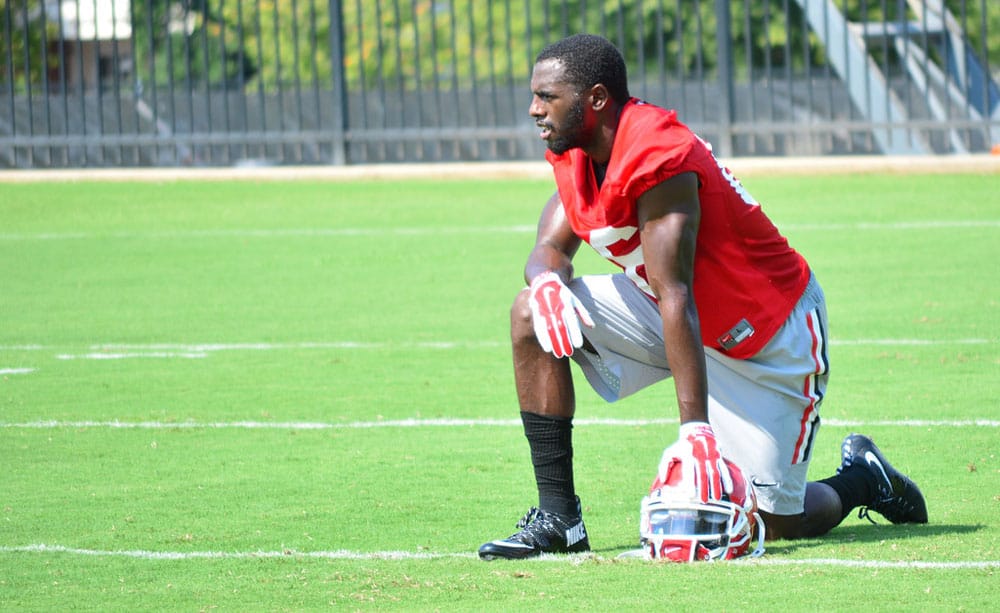 While media was just viewing, Justin Scott-Wesley went down with whats looks like it COULD BE (key words) a serious knee injury. #UGA

Justin Scott-Wesley has been battling injuries to his knee for the last few years. He tore his ACL against Tennessee in 2013 and then two years later in July of 2015 he underwent an arthroscopy for a torn meniscus.

The Athens Banner-Herald was shooting video of the receivers today and you can see below where Scott-Wesley is down on the ground and in some pain. Hopefully the injury is not too serious.