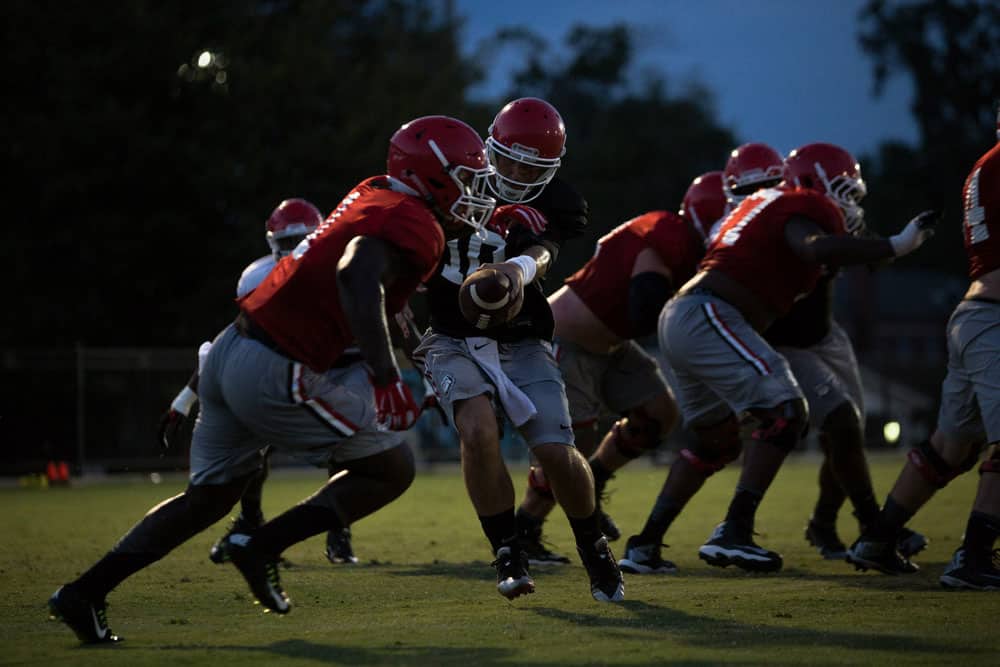 “One was really hot and one was nice and cool,” head coach Mark Richt said. “It was hot during the day and cool at night. The first two-a-day of the year, I thought the guys handled it well. I think it helped to have the second one at night, because they had a little more energy because it was not quite as hot. A lot of people are getting better. We are still getting close to finishing up our initial install and getting ready to do some reviews and preparing for the scrimmage on Friday.”

The Bulldogs will return to the practice field on Monday for the eighth time in seven days. Georgia will practice each day this week leading up to the first scheduled day off on Sunday, Aug. 16. Fall semester classes at UGA will begin Aug. 17.

The annual Fans’ Picture Day will be held Saturday, Aug. 15, in the Reed Plaza area of Sanford Stadium and will feature Richt, football players, cheerleaders, other UGA athletic teams, as well as “Que,” grandson of mascot UGA IX and a candidate to become UGA X.

Special ticket coupons are required for access to the location for Coach Richt and “Que.” Those tickets will be distributed to the first 150 fans at 10:00 a.m. from the East End ticket windows on East Campus Road.

The No. 9 Bulldogs open their 2015 schedule Sept. 5 when they play host to Louisiana-Monroe at noon Eastern. The game will be televised by the SEC Network.