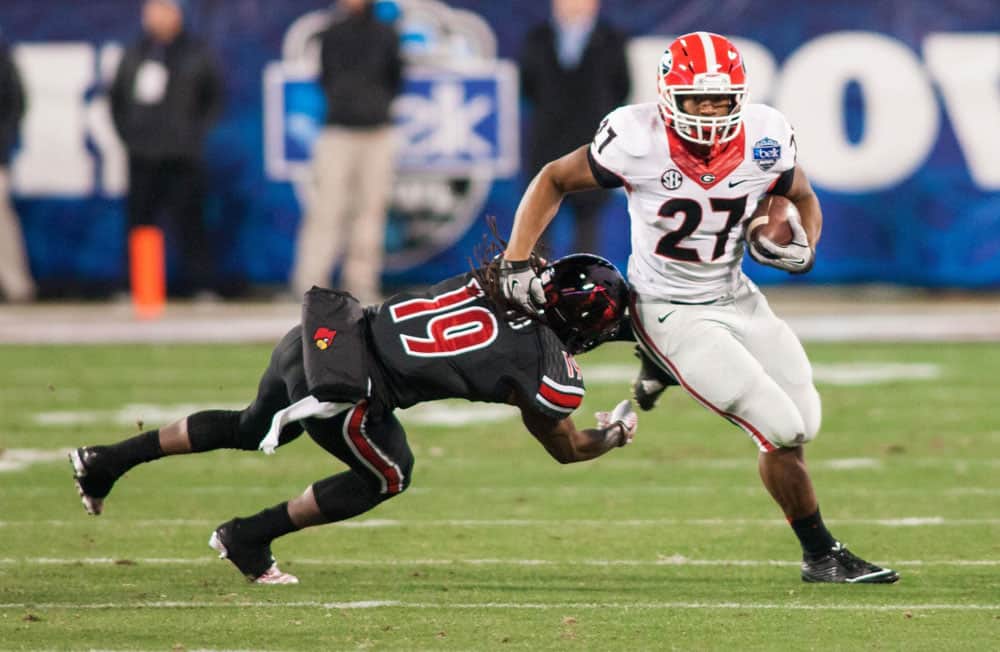 UGA sophomore running back Nick Chubb has been named to the 2015 Maxwell Award Watch List, the Maxwell Football Club announced on Tuesday.

Last season, Nick Chubb didn’t make the initial Maxwell Award Watch List, but was later added to the list in late October. Marcus Mariota of Oregon was later named the winner of the 2014 award.

Georgia and Nick Chubb open the 2015 season on Sept. 5 at home vs. ULM. The game is set for noon on the SEC Network.