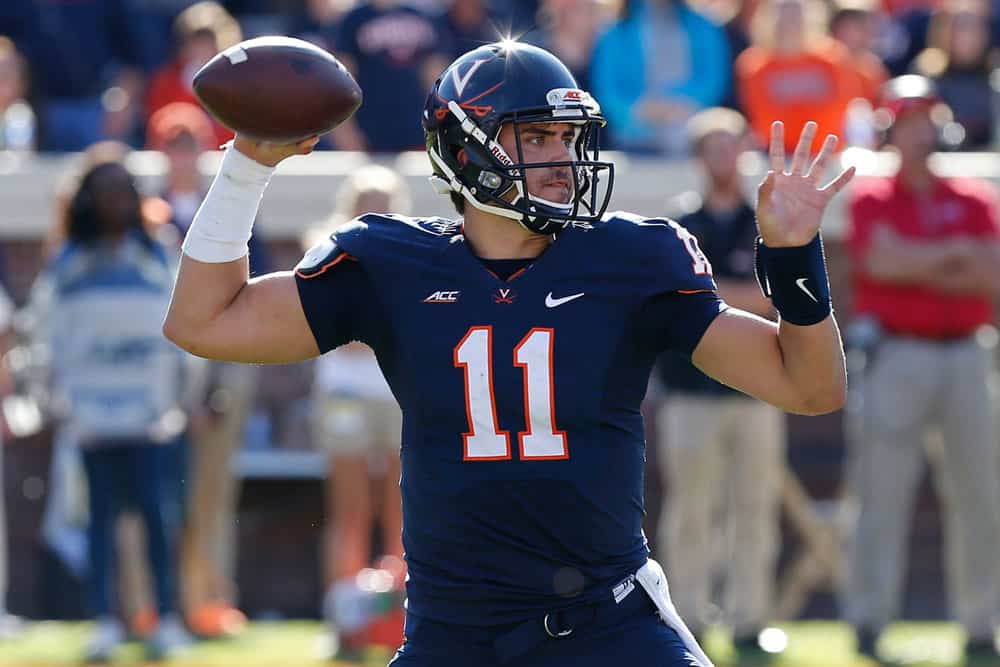 That’s all Richt is able to say about Lambert per NCAA rules. Richt made the comments today to reporters at the annual Pigskin Preview in Macon, Georgia.

Greyson Lambert graduated from the University of Virginia last week and will soon transfer. He has two seasons of eligibility remaining and can play immediately.

As a sophomore, Lambert started nine games for the Cavaliers. He completed 154 of 261 passes for 1,632 yards with 10 touchdowns and 11 interceptions, but also missed three games due to an ankle injury.

Lambert is also being recruited by a few other schools, but Georgia may have the edge. Lambert hails from Jesup, Georgia, and reports indicate his girlfriend attends UGA,

Georgia currently has three scholarship quarterbacks on the roster — redshirt sophomore Brice Ramsey, junior Faton Bauta, and redshirt freshman Jacob Park. Mark Richt’s preference is to have four or five. He spoke more about that today.

“To me, having three is a small number on scholarship,” Richt said. “It’s just like at any position, if you’ve got guys that are interested in your school you spend time with them, talk to them and see if it’s a good fit. I mean, everybody’s gotta compete for their job, and that’s true for all sports. So this is really no different.”

There is the possibility, however, of one of the above three quarterbacks transferring if they aren’t named the starter this Fall. There’s always that possibility, although Richt said today that he expects all three to be enrolled for Summer.