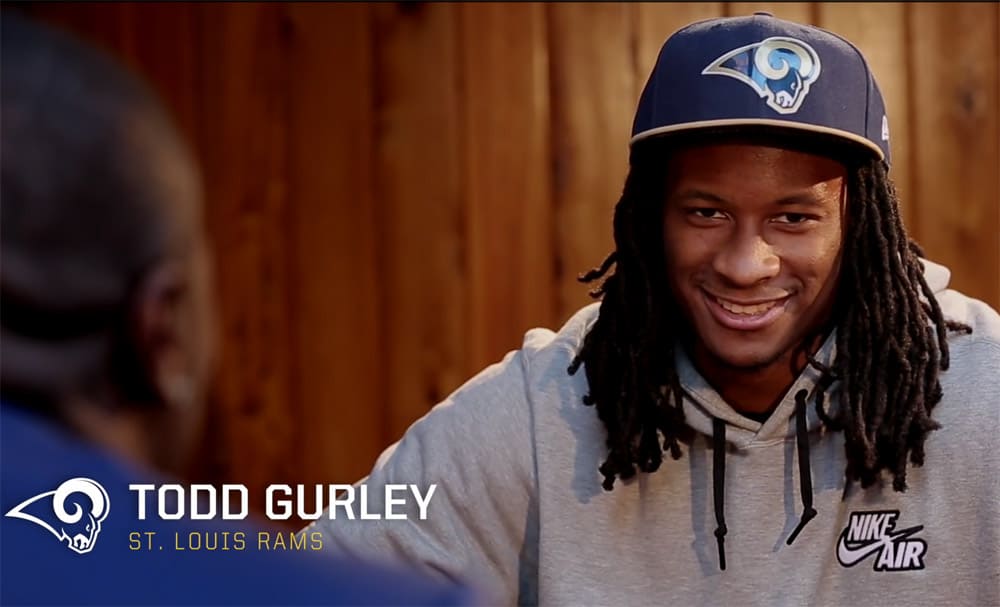 CampusSports.net has published a video interview of former UGA running back Todd Gurley, who was selected 10th overall by St. Louis in the 2015 NFL Draft.

In the video, Gurley addresses the rumors of him buying a Bentley, NCAA sanctions for signing autographs, and more.

If you’ll recall, shortly after the draft Gurley shared a picture of himself in front of a Bentley. Many people, including myself, thought he had bought one.

“Nah, I didn’t get no Bentley man,” Gurley said in the interview. “You go visit a team the next day and that’s what they just picked me up in, and I just took a picture with the car. Come on, I ain’t that stupid.”

Check out the full video below.