Georgia-Vanderbilt, Georgia-Florida set for 3:30 on CBS

Georgia-Vanderbilt, Georgia-Florida set for 3:30 on CBS 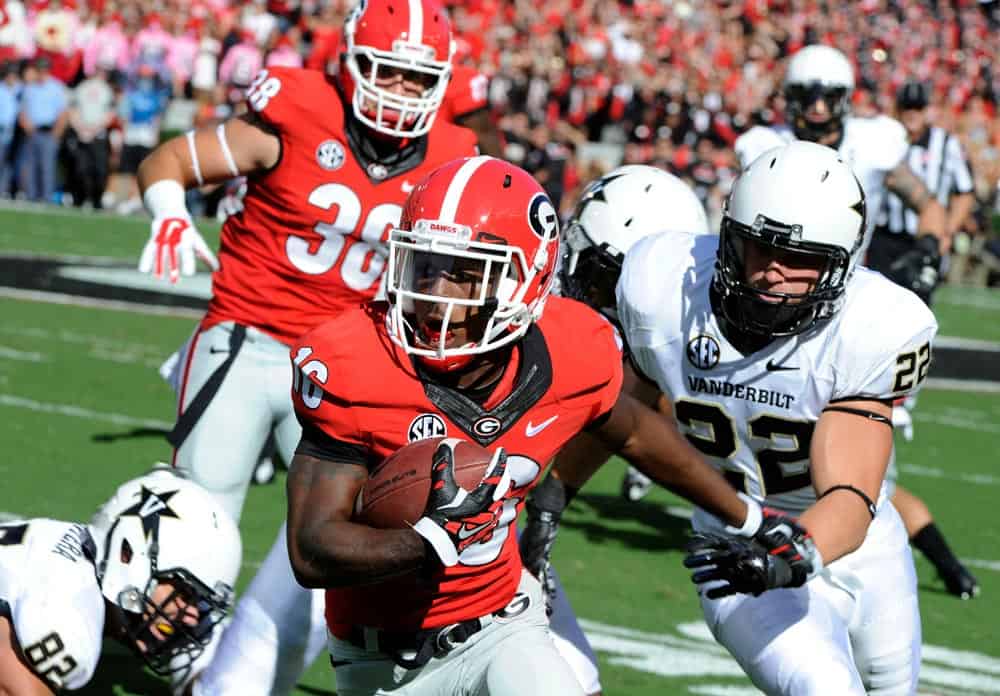 The 2015 Georgia at Vanderbilt game and the Georgia-Florida game have both been set for 3:30pm ET on CBS, the network officially announced today.

Georgia travels to take on the Vanderbilt Commodores in Nashville the second week of the season on Saturday, Sept. 12. That game is also the SEC opener for both schools.

The Bulldogs fell to the Commodores 31-27 in their last trip to Nashville in 2013. But the Dawgs got revenge last season with a 44-17 drubbing of the ‘Dores in Athens.

The Georgia-Florida game in Jacksonville is set for Saturday, Oct. 31. That is Halloween, so the atmosphere should be even more electric than usual.

Although the 3:30pm time for the UGA-UF game was announced today, that time is stipulated in the game contract through 2016 in order to avoid a night kickoff.

Georgia kicks off the 2015 season at home on Saturday, Sept. 5 against the ULM Warhawks. Kickoff time for that game plus all SEC games for the first three weeks of the season are expected to be announced on Friday.