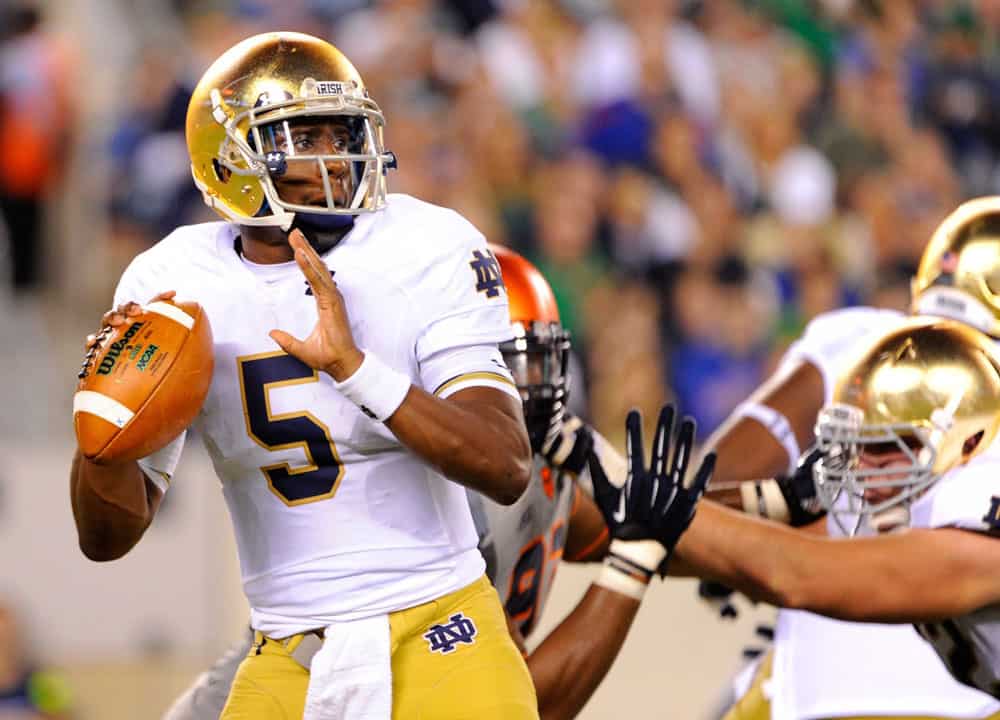 Notre Dame quarterback Everett Golson will visit the Georgia Bulldogs on Tuesday, according to Clint Brewster of 247Sports.

Golson, who has graduated from Notre Dame, has one year of eligibility remaining and is transferring from the school. He will also reportedly visit South Carolina on Monday.

As we mentioned yesterday, Golson may not be able to play for an SEC school due to bylaw 14.1.14.1. That section states that graduate transfers may receive financial aid if “the student-athlete has not been subject to official university or athletics department disciplinary action at any time during enrollment at any previous collegiate institution.”

Golson, however, was suspended from Notre Dame for the 2013 season due to academics. Obviously, he straightened up after that setback and now holds a degree.

Golson is more experienced, however, and even led the Fighting Irish to an undefeated regular-season in 2012 before falling to Alabama in the BCS National Championship Game.

But there are obvious questions about how Golson would fit in with the Bulldogs. He’s never played in a pro-style offense and has been turnover prone. Last season, Golson threw 14 interceptions and fumbled eight times.