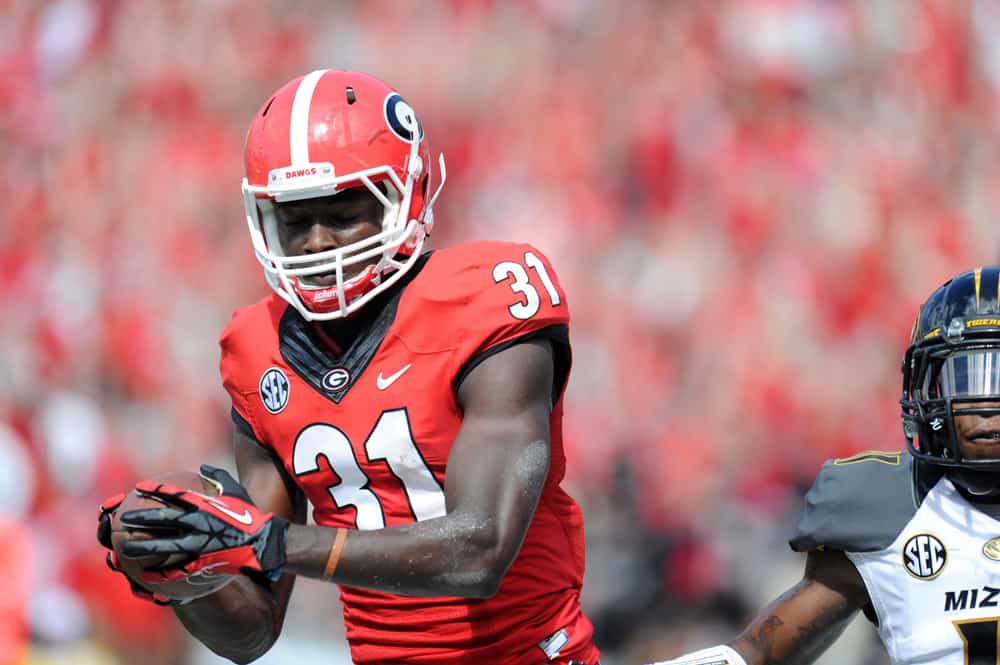 Chris Conley was selected by the Kansas City Chiefs in the 3rd round of the 2015 NFL Draft on Saturday. Conley was the 76th overall pick.

Conley shot up the draft boards after his impressive performance at the NFL Combine. In the 40-yard dash, Conley ran a 4.35 (3rd among wide receivers at the combine).

He also set two records by a wide receiver. In the standing vertical leap, Conley jumped 45 inches. In the broad jump, he jumped 11 feet, seven inches to tie an existing record.

Conley will rejoin former UGA quarterback Aaron Murray with the Chiefs. Murray was selected in the 5th round (163rd overall) last year.

Below is more on Conley from the UGA release:

This gives the Bulldogs two players drafted through the first three rounds of this year’s draft. On Thursday, Todd Gurley became the first running back since 2012 to be taken in the NFL Draft’s first round after the St. Louis Rams took him with the 10th overall pick.

Conley became the 76th Georgia player drafted to the NFL in the Mark Richt era and the 306th Bulldogs taken all-time. Conley is the highest pick at receiver for Georgia since A.J. Green went to the Cincinnati Bengals with the fourth overall pick of the 2011 draft.

Conley, a 6-3, 206-pound native of Dallas, Ga., appeared in 49 games over four seasons with the Bulldogs, amassing 117 receptions for 1,938 yards and 20 touchdowns, which is tied for fourth in school history. His most productive season came as a senior in 2014 when he led the team in receiving yards (657) and receiving touchdowns (eight).

Conley’s career also saw him produce off the field. He was named SEC Scholar-Athlete of the Year, won the Atlanta Sports Awards’ Community Spirit Award and was a First Team selection to the Senior CLASS Award. Conley was also named to the 2015 NFF Hampshire Honor Society for maintaining a cumulative 3.2 GPA throughout his career. In addition, Conley represented the SEC on the NCAA Student-Athlete Advisory Committee during his time in Athens.

UGA WR Chris Conley has been drafted in the 3rd round by Kansas City (76th overall). Congrats @_Flight_31! pic.twitter.com/NtuZDeB30I

.@_Flight_31 and @aaronmurray11 are reunited in KC! The @KCChiefs take Conley in the third round of the #NFLDraft. pic.twitter.com/WgF0wgMtb1

So proud to be a part of Chiefs Kingdom!!!!!