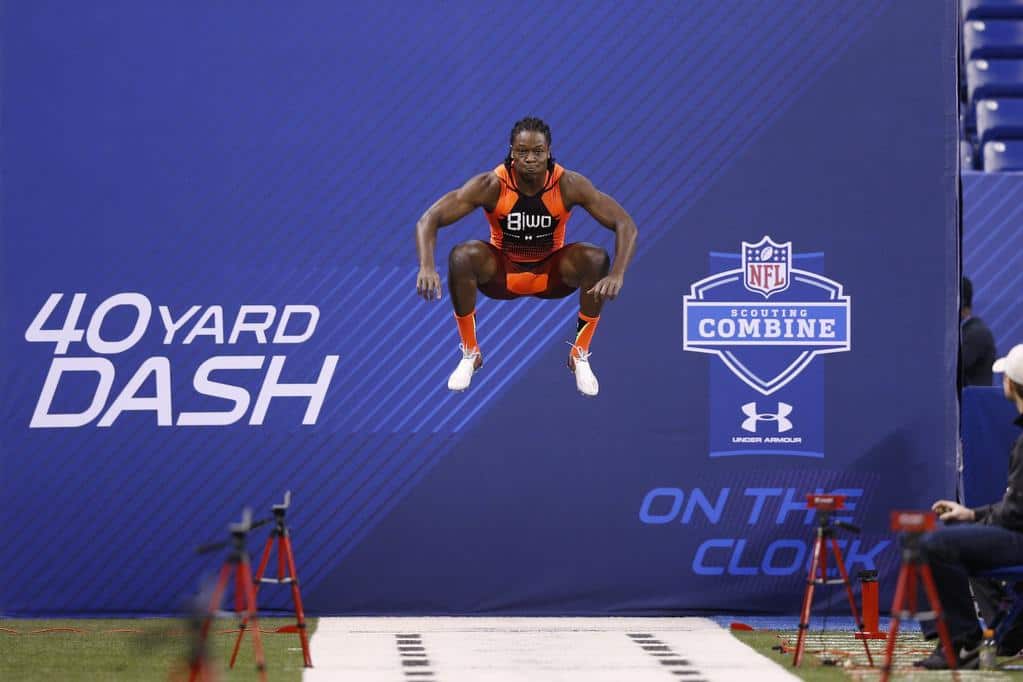 GA wide receiver Chris Conley put on an impressive performance at the 2015 NFL Combine, showing out to both NFL teams and fans alike.

In the 40-yard dash, Conley ran a 4.35, which was good enough to place him third among wide receivers at the combine.

Conley also set two records by a wide receiver. In the standing vertical leap, Conley jumped 45 inches. That was only one inch away from the combine record of 46 inches.

His next record came in the broad jump, where he jumped 11 feet, seven inches. That tied the combine record jump by defensive end Jamie Collins back in 2013.

Check out the video below, which shows all three of Chris Conley’s results from the NFL Combine today.