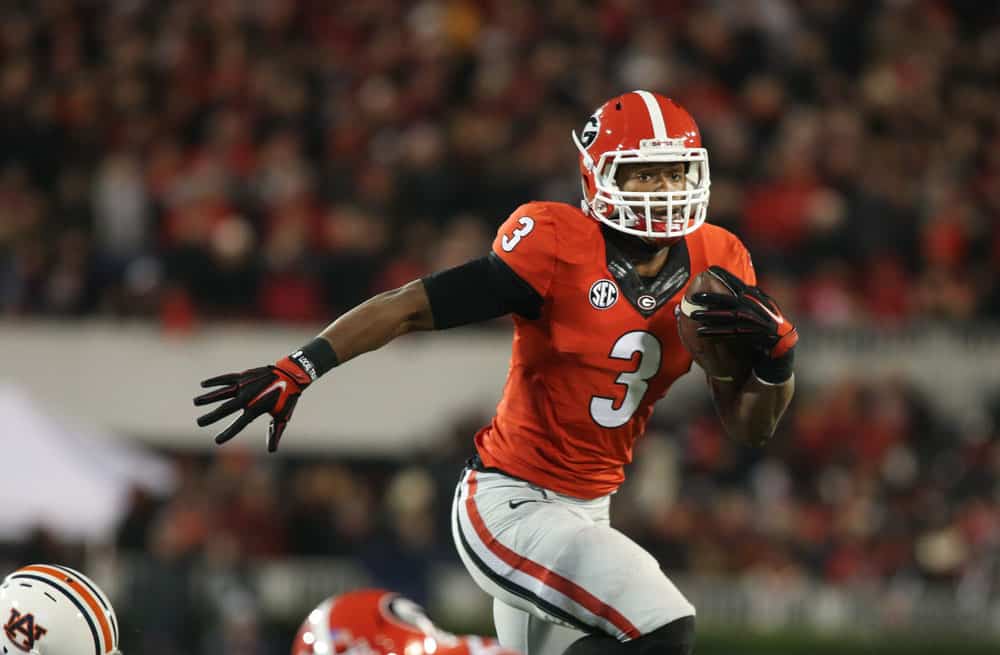 The ‘Gurley Bill’ has passed the Georgia Senate and is headed to Governor Nathan Deal for his signature, the AJC has reported.

The bill, officially deemed House Bill 3, would stiffen the penalties for knowingly entering into a transaction with a student-athlete that might jeopardize their college eligibility.

The amendment to current law would add possible jail time and up to a $25,000 fine.

Todd Gurley was suspended for four games last season after it was revealed that he accepted more than $3,000 in cash for signing autographs for a memorabilia dealer, Bryan Allen.

Bryan Allen shopped his story to several outlets, including SBNation.com and ESPN. ESPN later revealed his identity, which set off a firestorm in the Bulldog nation when it was learned he was a Florida Gators fan.

Hopefully Gov. Deal signs the bill into law soon which should discourage memorabilia dealers from preying on college athletes in the future.