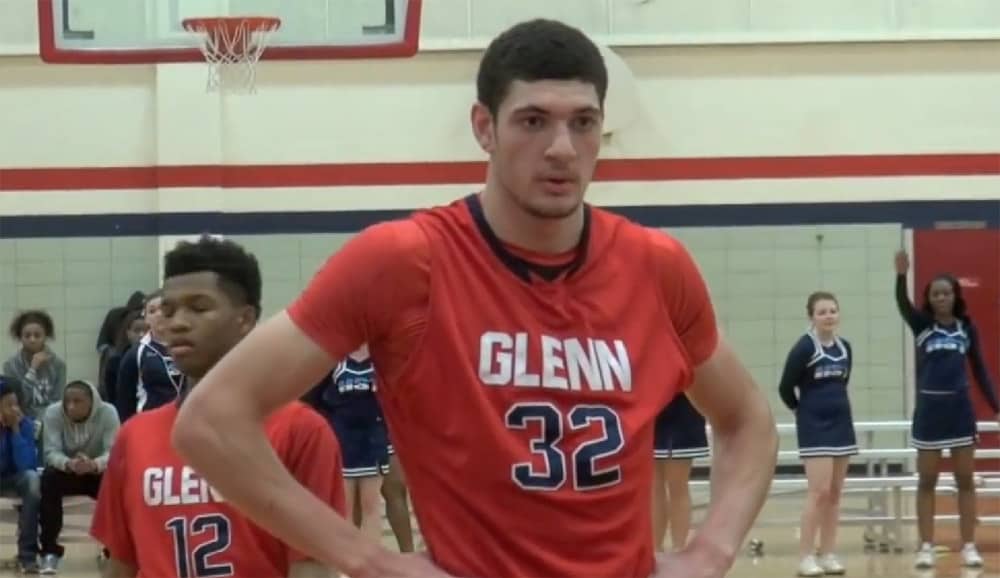 Mark Fox picked up his fourth recruit for the 2015 class when 3-star center Michael Edwards committed to the Bulldogs.

Ive decided to end my recruitment. I will be attending the University of Georgia! #godawgs #UGA @coachmarkfox

Edwards (6-10, 225), who plays at John Glenn High School in Westland, Michigan, committed to the Bulldogs over offers from Auburn, Kansas State, Marquette, Nebraska, Pittsburgh, SMU, Akron, and Illinois State. He was also drawing interest from Arkansas, Michigan, and Notre Dame.

“It was just the best fit for me,” Edwards told UGASports.com. “I spent like seven hours deciding with my coach and my family today. It was crazy. I just did a pros and cons list and it came out for Georgia.”

The Bulldogs are reportedly still recruiting a graduate transfer for next season even though they are at their scholarship limit. Stay tuned as that could mean a current player is moving on.