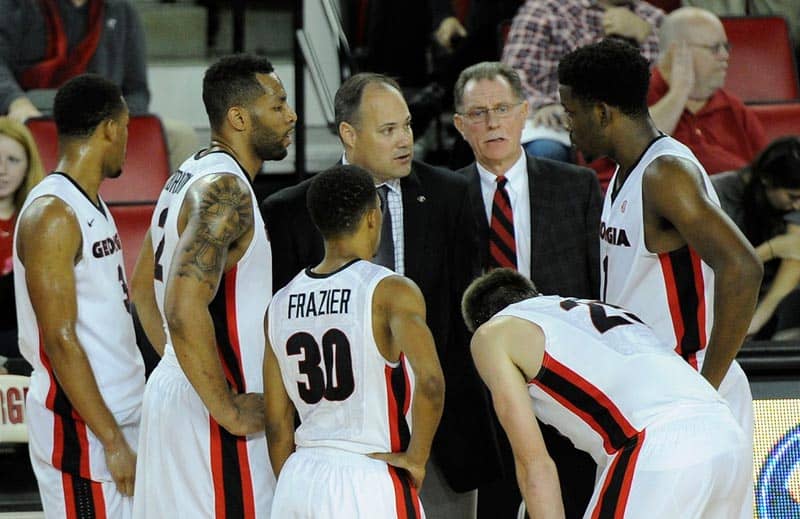 Georgia basketball coach Mark Fox today announced the signing of a pair of high school seniors to national letters-of-intent to attend UGA and play next season for the Bulldogs: forward E’Torrion Wilridge of Beaumont, Texas, and guard Will “Turtle” Jackson of Athens.

Wilridge is currently a senior at Central Medical Magnet High School in Beaumont. As a junior last year, he led the Jaguars to a 31-5 record and a berth in the semifinal round of the Texas Class 4A state tournament. He averaged 22.3 points, 12.1 rebounds and 4.0 blocks per game in 2014.

Wilridge, at 6-7 and 205 pounds, is projected to play both forward positions as a collegian.

“We’re very excited to have signed E’Torrion Wilridge,” Fox said. “I love his length, his athleticism, his ability to score and his ability to play multiple positions. He is also an outstanding young man who will be a great asset for us.”

Wilridge has been ranked among the nation’s top 100 prospects, as well as a Top 10 in-state prospect, by Rivals.com. He earned first-team 4A All-State honors last season by the Texas Association of Basketball Coaches. He was named to the Beaumont Enterprise Super Gold Team, as well as a Top 5 ranking in the greater Houston area by the Houston Chronicle.

Jackson, meanwhile, is in his senior year at Athens Christian School, which has played for the Class A Private school state semifinals each of the past three years. In his junior season, he averaged 23.7 points, 6.7 rebounds and 7.7 assists for the Eagles.

The 6-4, 190-pound Jackson has earned a slew of honors since his sophomore season at ACS, where he has been named team captain since the 2013 season. He was the 2013 All-NE Georgia Player of the Year by the Athens Banner-Herald. He was invited to the USA Development National Mini Camp in 2012. He went over the 1,000-point career scoring mark as a junior last season.

“Turtle Jackson is an absolutely terrific young guy who has a lot of things going for him on the basketball court,” Fox said. “He is as complete a high school guard as I’ve seen in a long time. I’m really excited to see what the future holds for him.”

Jackson becomes the first UGA signee from Athens since Carlos Strong and Terrell Bell, a pair of Cedar Shoals High School teammates, signed with the Bulldogs as part of the Class of 1992.

The early national signing period continues through next Wednesday, Nov. 19.