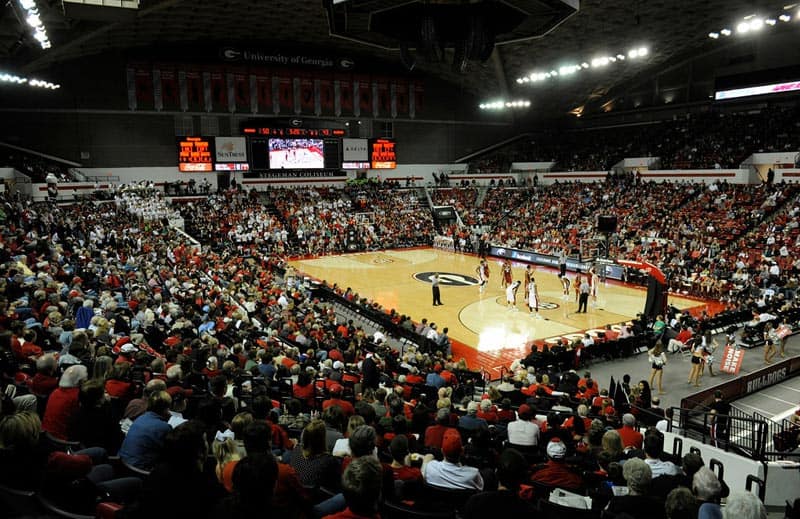 Georgia basketball coach Mark Fox closed out the early national signing period by announcing Thursday that Derek Ogbeide of Mableton, Ga., has signed a national letter-of-intent to attend UGA and play next season for the Bulldogs.

Ogbeide (pron. Oh-g-BEE-dee), at 6-9, 230 pounds, is beginning his senior season at Pebblebrook High School in Mableton. He is a native of Nigeria who moved to the metro Atlanta area last year from Toronto, Ontario. Ogbeide averaged 8.3 points, 7.8 rebounds and 4.8 blocks per game last season for Pebblebrook, which went 24-6 and reached the Georgia 6A state semifinals.

Ogbeide is regarded among the top 15 senior prospects in Georgia, and he excelled in AAU play last summer for the Southern Stampede program.

“We’re very excited that Derek has joined our program,” Fox said. “I love his length, power and strength as a basketball player. He has all the physical qualities that will enable him to fit right in next year in the SEC.”

Ogbeide is the third high school senior to have signed with Georgia during the early national signing period, which ended Wednesday. The Bulldogs also welcomed forward E’Torrion Wilridge of Beaumont, Texas, and guard Will “Turtle” Jackson from Athens to the program. Georgia currently has 12 players on athletic grants-in-aid, with a 3-man senior class of Marcus Thornton, Nemi Djurisic and Taylor Echols.

“We think we really improved our program this fall,” Fox said. “We added a guard, a wing and a post player. All of them have legitimate length and athleticism to compete at a high level. I’m looking forward to having all of them with us next year.”