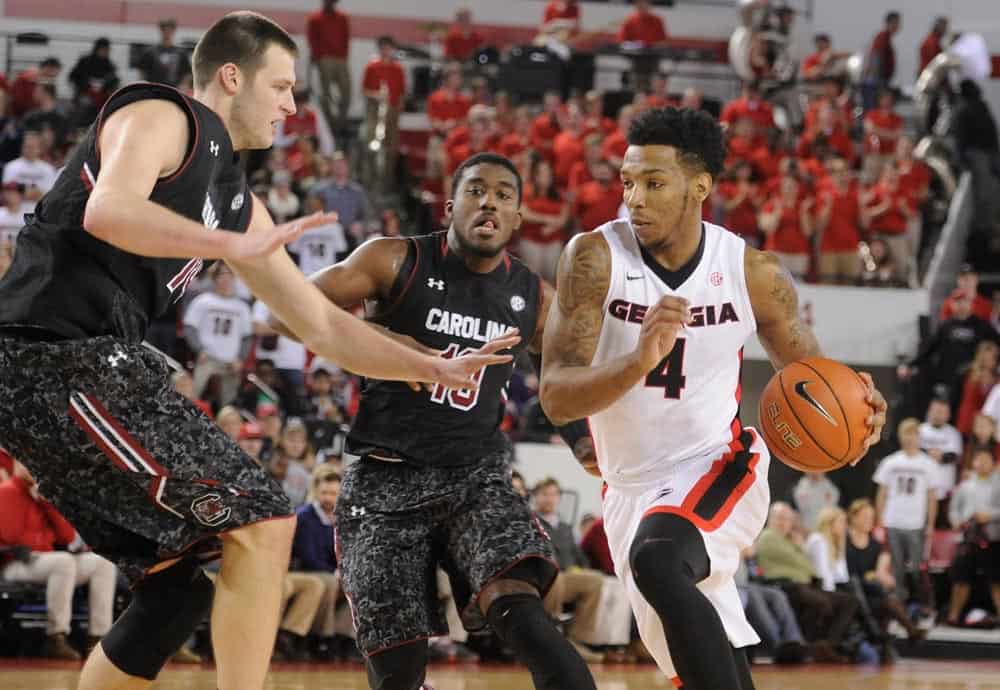 The Georgia Bulldogs, which earned a double-bye, will face the South Carolina Gamecocks in the 2015 SEC Men’s Basketball Tournament on Friday.

South Carolina defeated Missouri 63-54 in the First Round on Wednesday, and then slipped by Ole Miss 60-58 in the Second Round on Thursday.

Georgia is 0-2 against South Carolina this season, having lost to the Gamecocks 67-50 in Columbia and 64-58 in Athens.

Georgia and South Carolina will tip-off 25 minutes after the culmination of the preceding game on SEC Network, which features No. 10 Tennessee vs. No. 2 Arkansas at 7pm ET. If the Hoop Dawgs defeat the Gamecocks, they would face the Tennessee-Arkansas winner in the Semifinals on Saturday around 3-3:30pm ET.