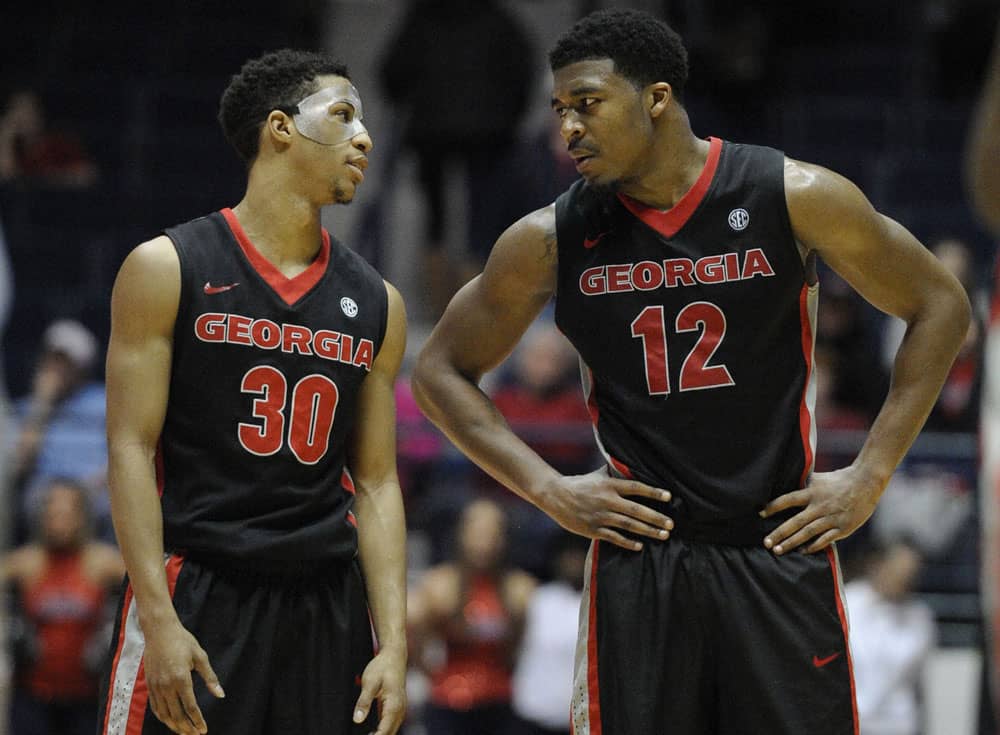 The Bulldogs were ahead of the Rebels 34-23 at the break and led by as much as 12 points with 10:07 to go in the second half, but Ole Miss clawed its way back into the contest towards the end of the game, slimming the margin to as much as two points before the Bulldogs regained their momentum with a late surge.

Junior Kenny Gaines scored 22 points as he went 8-for-15 from the field and 4-for-7 from three-point range to lead Georgia in scoring. Senior Marcus Thornton chipped in with 18 points of his own in addition to a game-high 13 rebounds to secure his fifth double-double of the season. Senior Nemanja Djurisic and junior Charles Mann also posted double-digit scoring totals with 17 and 22 points, respectively. Sophomore Cameron Forte was second on the team with 8 rebounds.

“Our kids really came with a determination about them,” said head coach Mark Fox. “I’m really proud of them. We had a bad week and we gave up a couple of home games to teams that maybe people didn’t think we should have lost to, and maybe we didn’t think we should have lost to, but we went on the road and beat two really good basketball teams this week. I think Ole Miss is a lock for the NCAA tournament and I’m really proud of our team for their resiliency and certainly our start was key for our victory today.”

The Bulldogs led for 36:48 of the game and enjoyed a comfortable spell in the first half as they took the lead with 15:15 to play in the opening period and never looked back. Djurisic paced Georgia in scoring early on, netting three of his six shots from three-point range to post a team-high 11 points going into the locker room.

It was Gaines, though, who gave the Bulldogs a double-digit advantage right before halftime as he sank a buzzer beating three to put the score at 34-23 in Georgia’s favor.

“We handled that possession perfectly,” said Fox. “Give Kenny credit for finishing it at the horn with a three, but our guards managed the clock perfectly. We took the last shot of the half, they didn’t get the ball back, and that was a sign of really good maturity from us.”

A 9-3 run midway through the second half extended Georgia’s lead to as much as 12 points, but the Rebels cut the margin down to just two points with 4:04 to play.

Thornton was able to dominate on the next three Georgia possessions, however, as he sank five-straight points to give the Bulldogs some breathing room. The senior then added five more before the final buzzer sounded to put the game beyond doubt.

“Marcus Thornton was terrific in the second half,” said Fox. “He got a double-double and he has his legs back. He was in foul trouble in the first half but he got in a groove late on. They guarded him, it was physical, but he went and got some rebounds there late in the game that nobody else way getting. He was just outstanding tonight.”

· The win was Georgia’s fourth-straight against the Rebels.

· The 47 rebounds by Ole Miss were the most Georgia has surrendered this season.

· Marcus Thornton posted 18 points and 13 rebounds to secure his fifth double-double of the season and the eighth of his Georgia career.

The Bulldogs will return home to face Missouri (8-20, 2-13) on Saturday in a noon tip-off at Stegeman Coliseum. The game is scheduled to air on ESPNU. It will be the two teams’ first meeting this season. Georgia swept the Tigers on the road (70-64 OT) and at home (71-56) last year.