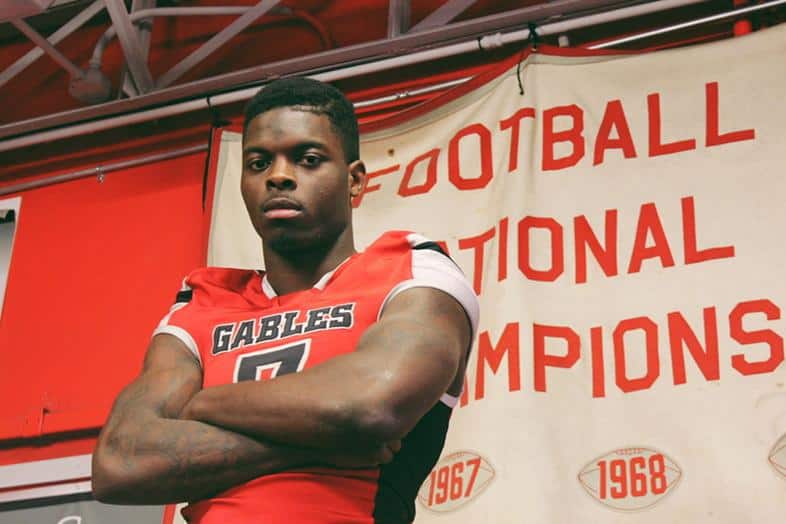 Wilson visited Morgantown this weekend and committed to play for Dana Holgorsen as a wide receiver. He was reportedly recruited by Georgia as a defensive back with a chance to play on offense.

About an hour ago, he tweeted the following picture:

Rivals.com rates Shaquery Wilson as a three-star recruit, the No. 22 athlete, and No. 61 overall in the State of Florida.

In the 247Sports composite rankings, Wilson is rated a three-star prospect, the No. 36 safety, and the nation’s No. 524 overall player.

Wilson’s de-commitment knocks the Dawgs’ 2015 class back down to 25 recruits. Georgia has five other four receivers committed for next season — Michael Chigbu, Terry Godwin (athlete), Darius Slayton, and Jayson Stanley.