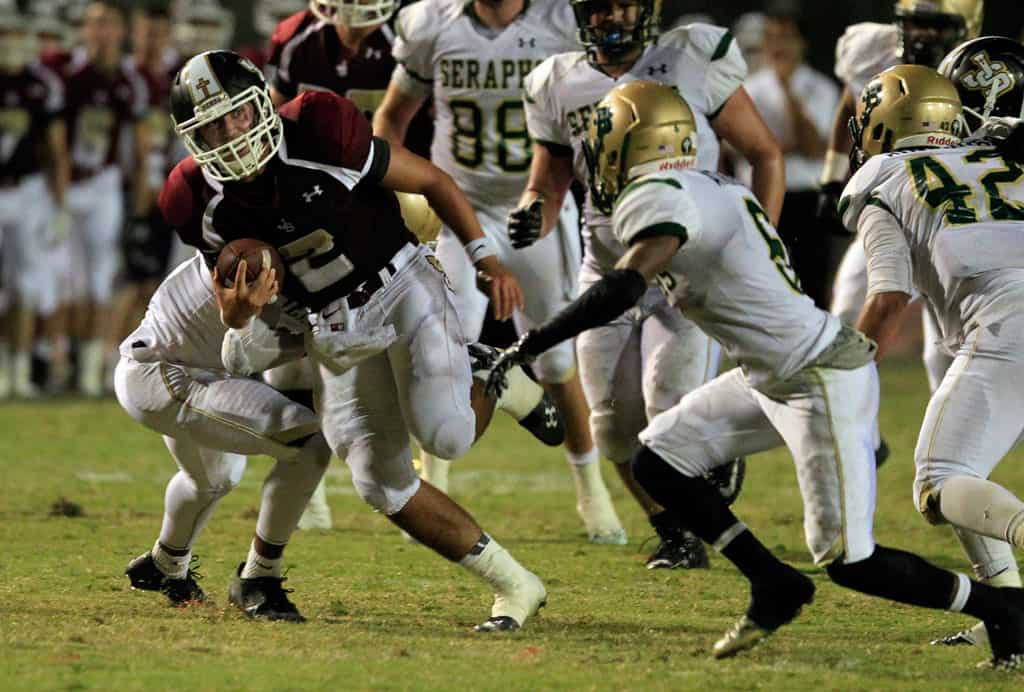 Three-star cornerback Nick Robinson has committed to the Georgia Bulldogs for the class of 2015. Robinson will be a preferred walk-on at UGA and hopes to later land a scholarship.

Robinson (6-2, 197) played for Jserra Catholic High School in San Juan Capistrano, California. He committed to the Bulldogs over offers from FIU, Lafayette, and San Diego and he also had a preferred walk-on offer from Notre Dame.

As a senior, Nick Robinson threw for 1,743 yards and 16 touchdowns. He garnered co-MVP honors in his district along with Josh Rosen, who is committed to UCLA.

In the 247Sports Composite rankings, Robinson is listed as a 3-star recruit, the No. 41 pro-style quarterback, and the No. 1,056 overall recruit.

With four young quarterbacks on the roster (Brice Ramsey, Faton Bauta, Jacob Park, and Sam Vaughn) and No. 1 QB Jacob Eason committed for 2016, the Bulldogs did not have a scholarship to offer for the 2015 class.

Georgia has a total of 25 commitments for the 2015 class, 26 if you add Robinson. National Signing Day is Wednesday, Feb. 4.