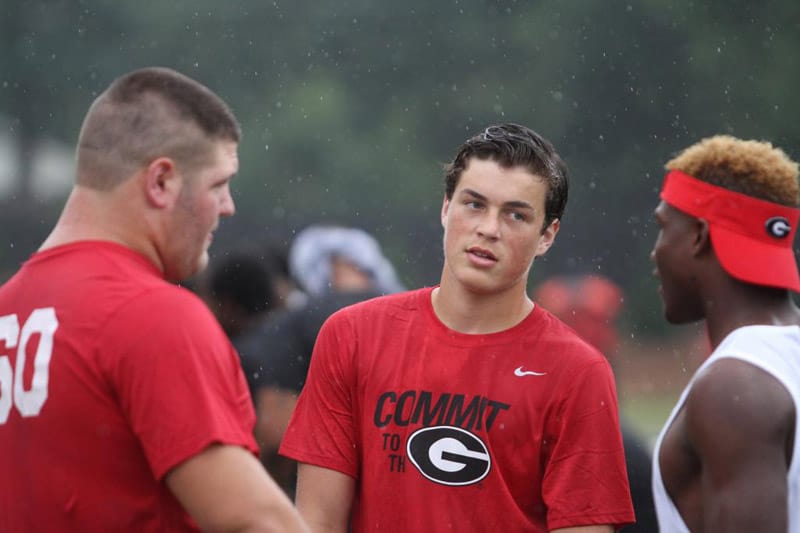 It’s been a busy weekend for the Georgia Bulldogs on the recruiting trail. Friday was Dawg Night, and it resulted in the commitment of Shaquery Wilson yesterday and Deontai Williams today.

247Sports rates Cleveland as a 5-star recruit, the No. 22 overall recruit in their composite rankings, and the nation’s No. 3 offensive tackle.

Jacob Eason is a 6-foot-5, 207-pound quarterback out of Lake Stevens High School in Lake Stevens, Washington. He committed to the Dawgs over offers that were similar to Cleveland. However, Eason had some offers from Western schools, including Oregon State, Washington, and Washington State.

Here are a collection of tweets about the commitments of Ben Cleveland and Jacob Eason, including from head coach Mark Richt, who tweeted “One of the greatest days TWO be a BULLDOG!!!!”

Sic'em!🐾 The future is looking bright from coast to coast! #CommitToTheG #Squad16 #DawgNation

Me and my man @skinnyqb10 gonna make our presence known in Athens!