Georgia led SEC in scoring and turnover margin in 2014

Georgia led SEC in scoring and turnover margin in 2014 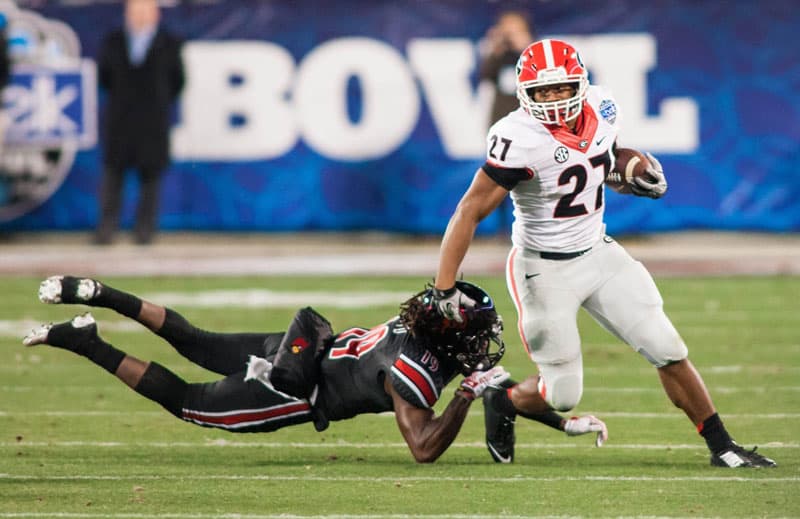 ATHENS, Ga. – Georgia’s record-setting offense in 2014 led the Southeastern Conference in scoring while the defense posted the league’s best turnover margin as the Bulldogs finished with a 10-3 mark.

Junior placekicker Marshall Morgan led the SEC in scoring with 115 points while freshman running back Nick Chubb finished as the SEC leader in scoring touchdowns with 16. Morgan is the 11th Bulldog to claim an SEC scoring title and first since placekicker Brandon Coutu in 2005. Chubb narrowly missed the SEC rushing title. He finished second with 1,547 yards, trailing only Auburn senior Cameron Artis-Payne who wound up with 1,608 yards. Chubb finished the season with eight straight games of more more than 100 yards rushing including two over 200 yards. Also of note, Georgia senior Damian Swann led the SEC with four forced fumbles.

Individually, Georgia set numerous season and career records in 2014 that are listed below:

Also, the school record-setting performances from the 2014 season included the following:

The team records set in 2014 that also led the SEC are listed below: