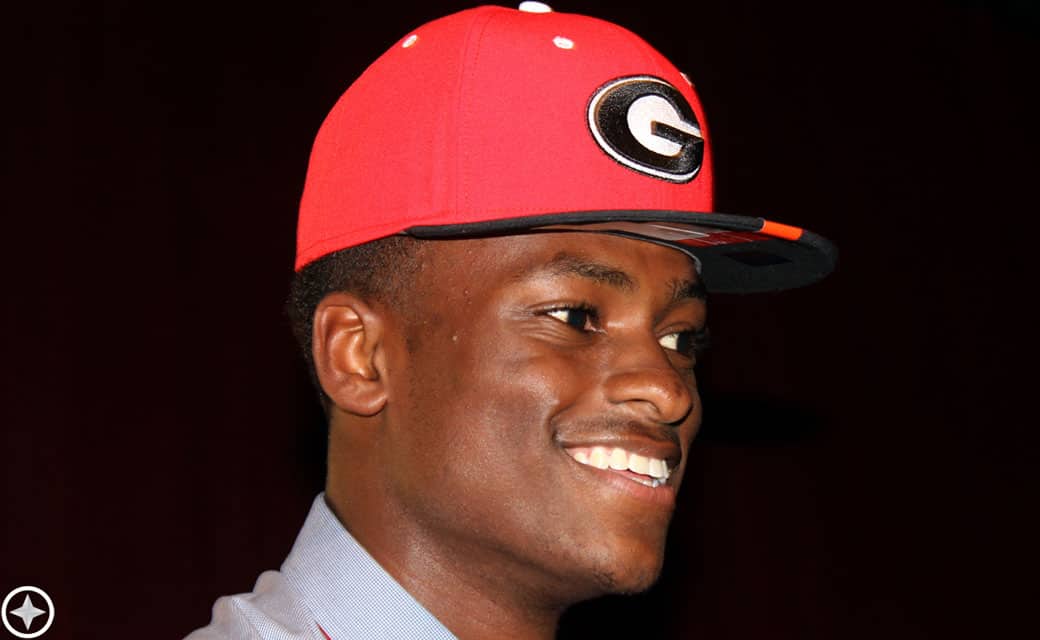 Four-star wide receiver Van Jefferson has decommitted from the Georgia Bulldogs. He is the second recruit to decommit from UGA this month following the loss of Mike Bobo and Will Friend to Colorado State.

According to reports, Jefferson is still considering the Bulldogs along with Ole Miss, Oklahoma, and Florida.

In the 247Sports Composite rankings, Jefferson is listed as a 4-star recruit, the No. 11 wide receiver in the country and the No. 110 overall recruit.

With the loss of Jefferson, the Georgia Bulldogs are now down to 26 commitments for the 2015 class.