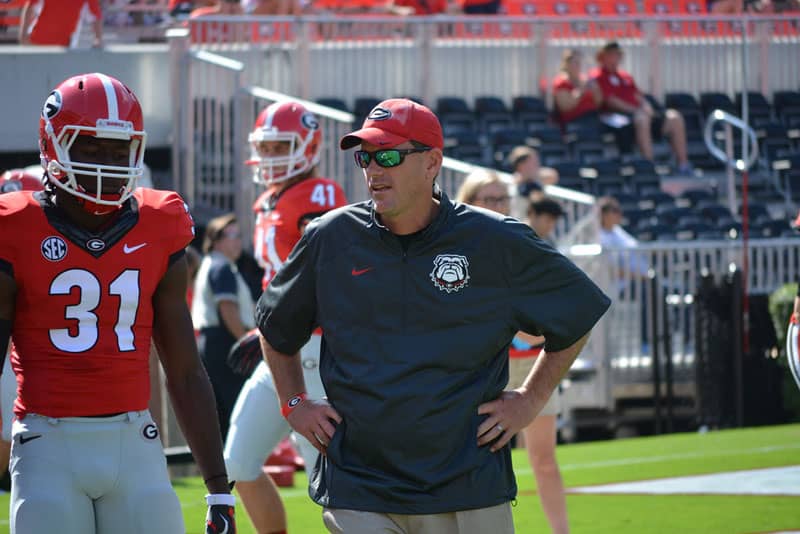 According to the Macon Telegraph, Bobo will interview sometime today. The Georgia Bulldogs are set to begin their bowl practices tonight at 7:35pm.

The Colorado State job opened up two weeks ago when head coach Jim McElwain left for the same position with the Florida Gators.

Mike Bobo, currently the offensive coordinator and quarterbacks coach, has been at UGA since 2001. According to the USA Today salary database, Bobo earns an annual salary of $575,000 annually. That ranks 40th among assistant coaches nationwide and 16th in the SEC.

Although a portion of fans are highly critical of Bobo’s performance each year, his offense has produced record numbers over the last few seasons.

If Bobo were to leave Georgia for Colorado State, there would be several ramifications. The young quarterbacks on the roster could potentially have to learn a new offense, and future recruiting could also be impacted.

Mike Bobo is known as one of the best recruiters in the country. He and Mark Richt currently have a commitment from the No. 1 quarterback in the country for the 2016 class, Jacob Eason. If Bobo leaves, Eason could open up his recruitment.

If Bobo does stay, he will likely receive a contract extension and a significant pay raise. His current contract runs through the 2016 season.