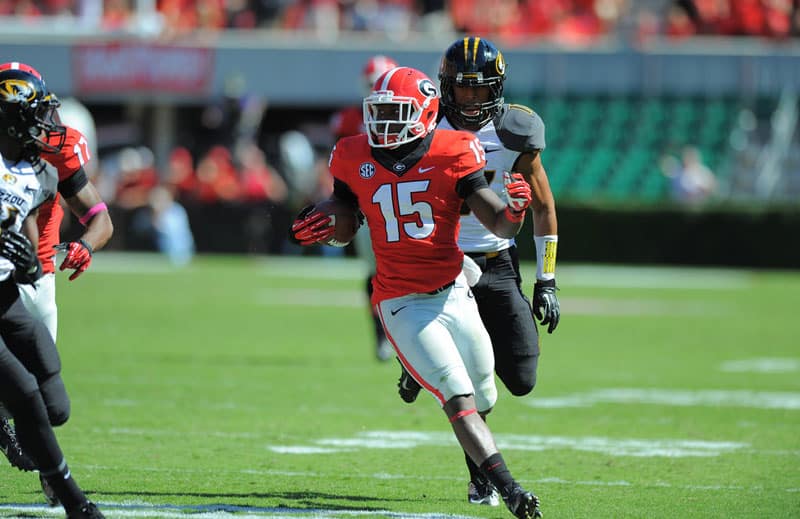 Last week, Mark Richt announced that sophomore safety J.J. Green had decided to transfer to another school. Today, that school has been confirmed as Georgia Tech.

Where most schools block football players from transferring to rival schools or intra-conference members, Mark Richt is typically less strict. This case is no different as Green was given an unconditional release.

Richt spoke about his view on transfers back in 2012.

“First of all, I think life is too short. I want every young man to have a successful time in his four or five year window to be able to go to college. So I don’t want to impede a guy from realizing his goals and his dreams, wherever it is.”

“I want our guys to stay, and sometimes when they do choose to leave, I still like the kid and I still want the kid to have success. If he thinks he will have success at a school you compete against, then so be it.”

Green is transferring from UGA in order to seek more playing time on offense. He wants to play running back and will get that opportunity at Georgia Tech in Paul Johnson’s offense.

At Camden County High School, Green played in a similar Wing-T offense. As a senior, he rushed for 919 yards and 16 touchdowns. On defense, Green recorded 39 tackles, three interceptions, and a sack.

Last season at Georgia, J.J. Green played in all 13 games at tailback and started twice. He was second on the team with 68 carries for 384 yards and three touchdowns. He also had 12 catches for 104 yards and seven kickoff returns for 168 yards.

With Georgia’s depth at the tailback position this season, Green switched to defensive back. He played in eight games with one start, recording nine tackles.