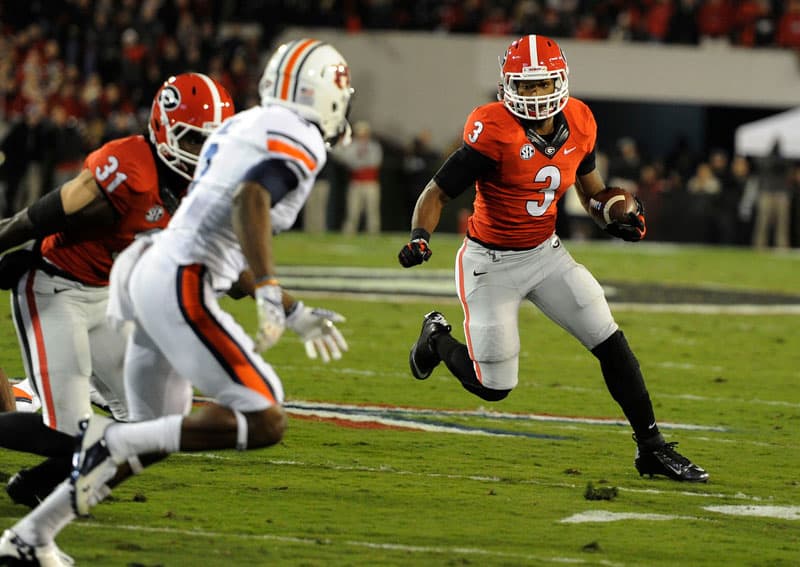 Todd Gurley has torn a torn ACL in his left knee, according to a few reports on Sunday.

Confirmed ACL tear for Todd Gurley. Terrible news. Was in my top 10 overall.

UGA has yet to announce anything official regarding Todd Gurley, but should later today. Mark Richt’s weekly teleconference is set for 8pm.

Todd Gurley just returned from a four-game suspension and had a great night against the Auburn Tigers. Gurley rushed 29 times for 138 yards and one touchdown.

Late in the fourth quarter, Gurley went down after making a cut without contact. He was able to walk off the field with the assistance of the trainers.

A torn ACL would end Gurley’s season and likely his career at UGA. He was already likely to enter the NFL Draft next season.

Georgia paid for Gurley's insurance that will pay him up to $2.5M if he significantly slips in draft