Richt: 'No chance' of UGA wearing black jerseys vs. Auburn

Richt: ‘No chance’ of UGA wearing black jerseys vs. Auburn 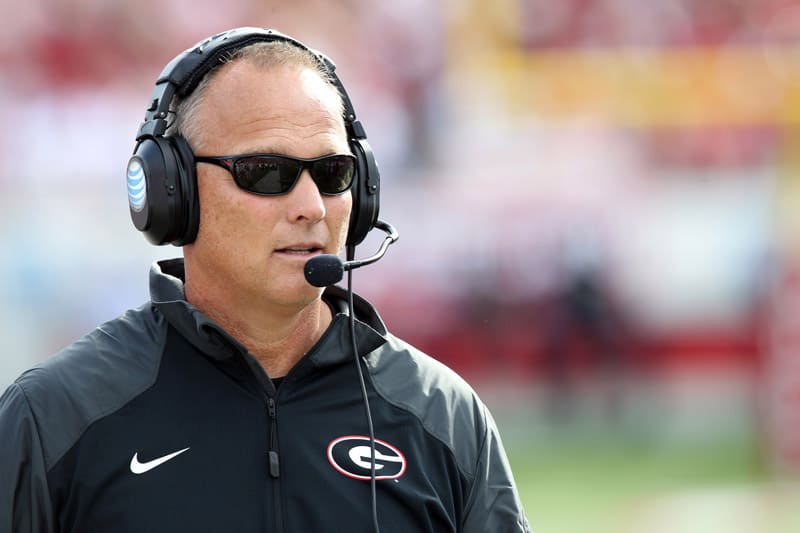 Soon after the Georgia Bulldogs finished rolling over Kentucky 63-31, UGA fans began calling for a Blackout of the Auburn game on Nov. 15.

That was due, in part, as an homage to the 2007 Auburn Blackout and the return of Todd Gurley. Gurley, who has been suspended since Oct. 9, has served his four-game suspension and will play vs. Auburn.

Fans on Facebook, Instagram, Twitter, and more have called for a blackout this weekend, even going so far as to create some awesome mockups of the current Dawgs in black jerseys (see below).

But tonight on his Sunday teleconference, Mark Richt quashed the rumors and possibility of the players wearing black jerseys against Auburn.

Richt asked about players tweeting about black jerseys:
“(laughs) There is no chance of that. Wishful thinking for them”
#UGA #UGAvsAUB

If you’ll recall, a similar situation arose last season for the Kentucky game. It was the final home game for Aaron Murray and the other seniors. When asked about the possibility of black jerseys then, Richt said they didn’t even have any.

“If I had black jerseys to give them, I’d have them wear them. We just don’t have them. I don’t know if that’s going to break everybody’s heart or not, but we don’t have any black jerseys in stock. If we did, I’d be all for it.”

That may be the case again this year. The coaches may not want to wear black jerseys, or maybe they haven’t requested any from Nike since changing the jerseys to the new Bulldog Bold style.

With that seemingly behind us now, fans can still call for a Blackout of the stands. After all, UGA is the Red & Black.

Here is mockup of current players in black UGA jerseys via TheBlawgHouse: 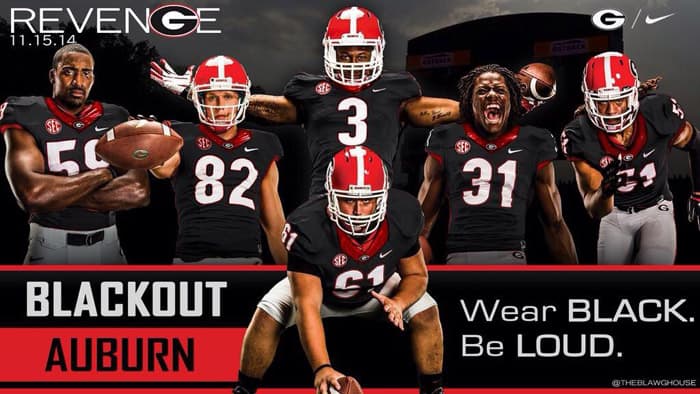 Here is a photo of a completely alternate UGA black uniform and helmet that surfaced last season: 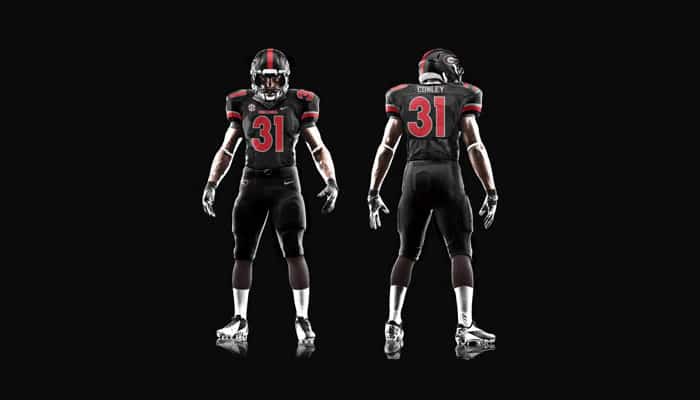