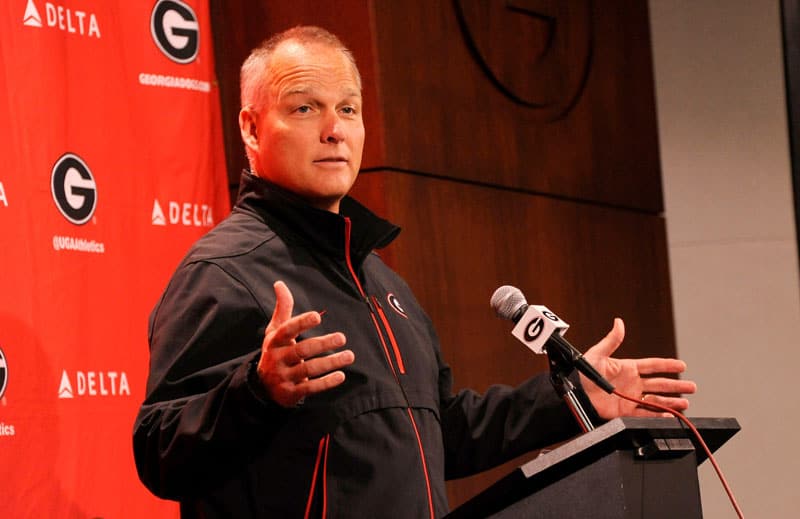 “Our practice outside went well, and I’d like to give credit to the scout team for working hard and giving us a good look,” Richt said. “Everybody’s spirits are good and the coaches are demanding effort.”

Richt was asked about a future indoor facility for the Bulldogs, and he said one is on the way but did not specify when it will be ready.

“We’re in the process of figuring out where it’s going to go, how big it will be, what’s in it, and we’re all excited about it,” Richt said. “We’ll see about all that from a feasibility study.”

When talk turned to the latest College Football Playoff rankings, Richt said while he has yet to watch the show, he checks the rankings and is glad to see Georgia moving up. Still, he said the team’s focus this week is on trying to beat the Buccaneers.

The Bulldogs are 54-10 (38-1 at home) against teams from outside the Southeastern Conference under Richt. Charleston Southern is riding a three-game winning streak including a 38-36 decision over Liberty last week when it tallied 576 yards of total offense. CSU is 0-3 all-time against SEC teams including a 21-20 loss at Vanderbilt earlier this season.

Georgia (8-2) faces the Buccaneers (8-3) for the first time Saturday. Kickoff is slated for 12:01 p.m., and the SEC Network will televise the game. Also of note Saturday, the UGA Athletic Association will hold its annual Military Appreciation Day. Lee Greenwood will join the Georgia Redcoat Band to sing his 1984 hit “God Bless the USA” at halftime while military personnel who have earned a Purple Heart will line the field. General James Livingston, a Georgia native and Medal of Honor recipient, will be recognized between the first and second quarters.