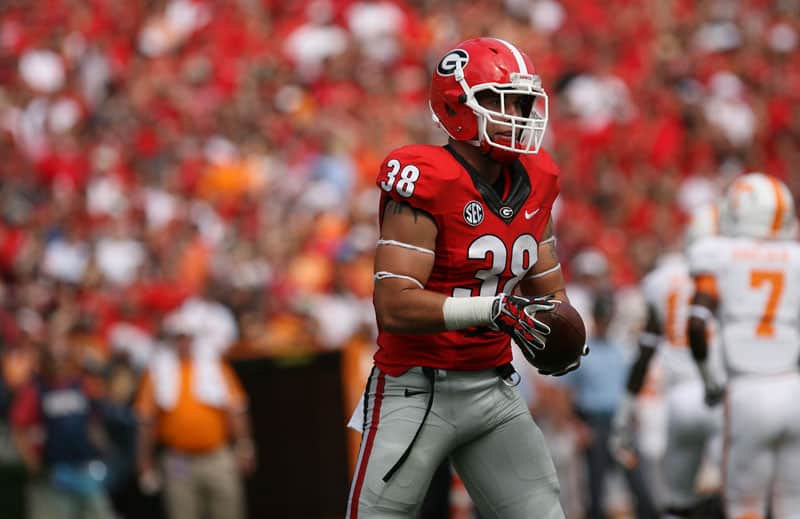 The No. 9 Bulldogs utilized the Nalley Multipurpose Room at the Butts-Mehre Heritage Hall for Tuesday’s practice. The defense practiced inside while the offense held meetings and watched film, then the segments switched places.

“There’s no reason to think that this game won’t be a physical game,” Richt said. “These guys are really good. The more I watch them, the more I see why they’re winning. The more I see why they’ve got a lot of great momentum going on. They’re physical. They’re well coached. They have great special teams. You can see on film when a team is believing and these guys are believing. They’re going to be a great opponent for us this weekend.”

This will be the second time Charleston Southern has faced an SEC opponent this season. The Bucs fell to Vanderbilt 21-20 on Oct. 11.

“They had Vanderbilt on the ropes already this season and we know that they’re an outstanding football team,” Richt said. “I’ve said this before and I mean it, it’s hard to beat teams that are used to winning. And this team has got the fever when it comes to winning.”

In other news, it was announced Tuesday that sophomore linebacker Ryne Rankin suffered a left wrist fracture in the win over Auburn last Saturday. He is expected to return for the Georgia Tech game in a cast following surgery on Tuesday. Senior wide receiver Michael Erdman suffered a left wrist dislocation in the game. It was surgically repaired Tuesday, but he will miss the remainder of the season.

The UGA Athletic Association will observe its annual Military Appreciation Day on Saturday. Lee Greenwood will join the Redcoat Band to sing his 1984 hit “God Bless the USA” at halftime, and military personnel who have earned a Purple Heart will line the field throughout halftime. Medal of Honor recipient General James Livingston will be recognized between the first and second quarters. Kickoff is slated for 12:01 p.m., and the game will be televised by the SEC Network.