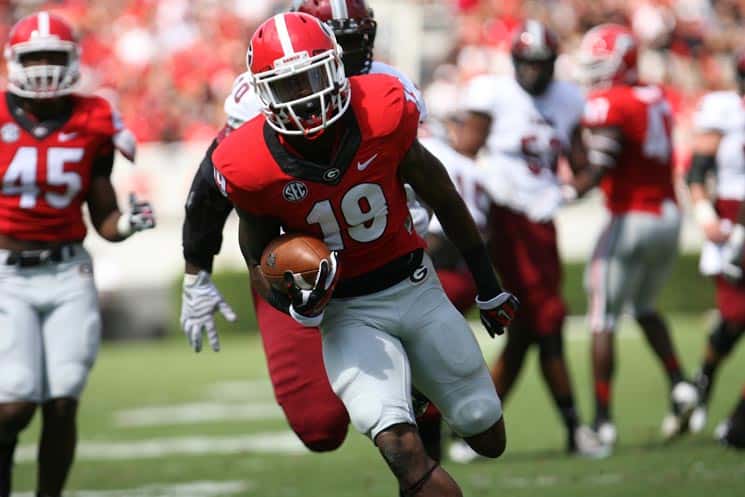 UGA freshman defensive back Rico Johnson has been medically disqualified from the football team due to a neurological condition, the school announced today.

According to the release from UGA, Johnson experienced some neurological symptoms during practice on Wednesday and a medical evaluation discovered a neurological condition.”

The release further states that contact sports, such as football, are not considered safe with this condition due to the risk for permanent spinal cord injury.

Rico Johnson hails from Adrian, Georgia and played at Swainsboro High School. He committed to UGA in January and signed with the Bulldogs the following month.

“While we are very disappointed for Rico from a football standpoint, we feel extremely fortunate that he is healthy and that we were able to diagnose his condition and protect him from a possible catastrophic injury,” said Ron Courson, Senior Associate Athletic Director for Sports Medicine.  “Although he cannot continue his football career, he should be able to have a normal life.”

“I’m thankful we caught this condition when we did,” said UGA head coach Mark Richt. “Now we can help Rico transition to life after football.  He will stay on scholarship through his graduation and we will assist him in finding employment through the P.O. Network!”

Why this gotta happen to me??

Everyone please keep my lil bro @Ric_johnson7 in your prayers.. Tough situation but everything happens for a reason..